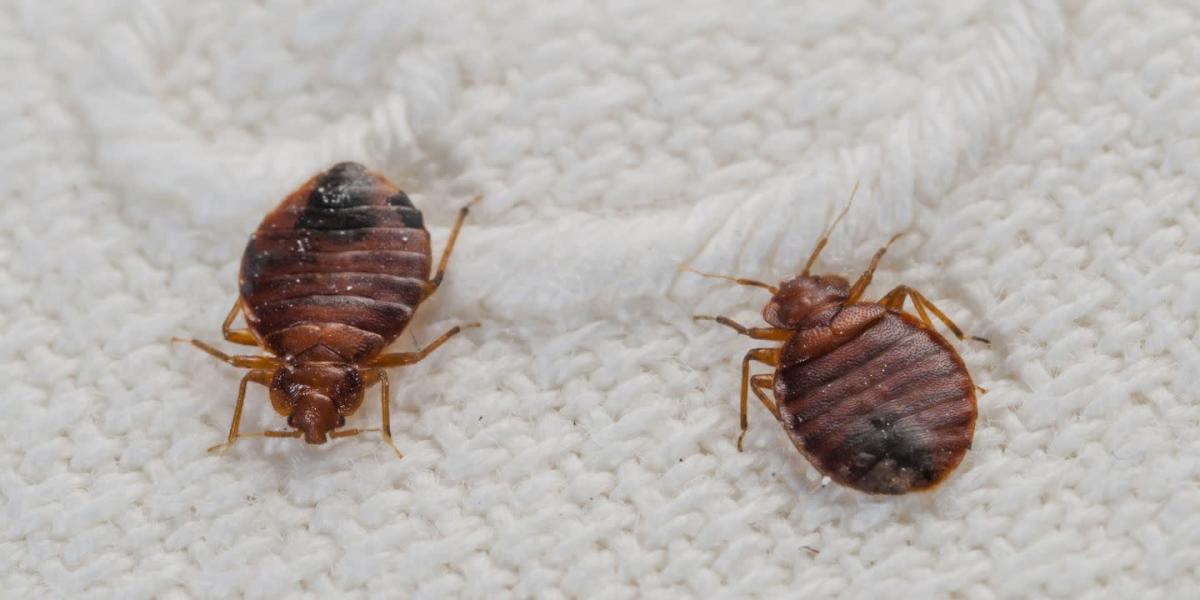 When you hear the words “bed bugs,” you probably cringe. Sure, we’ve all heard of the creatures (the childhood rhyme, “Good night, sleep tight, don’t let the bed bugs bite” might sound familiar to you), but they often seem like a pest that other people deal with. In reality, according to PestWorld.org, 20 percent of Americans have a bed bug infestation or know someone who has encountered bed bugs. In other words, bed bug outbreaks are incredibly common – but they’re also incredibly annoying and stress-inducing. Like anything else, though, having all your facts in order is important to properly deal with a bed bug outbreak.

Woman’s Day asked experts to differentiate fact from fiction, and found out everything you never knew about bed bugs, including when bed bugs come out, how to find bed bugs during the dayand what to do if you realize you have an infestation of bed bugs in your home.

Knowing what a bed bug (and a bed bug bite) looks like, how to treat a bed bug outbreak, and what not to do if you suspect you have bed bugs are the keys to dealing with the problem quickly and effectively. It might feel like the end of the world, but it’s a highly solvable problem with a little patience and quick work.

If you think you’re facing a bed bug problem, step one is simple: Don’t panic. It’s important to call a specialist exterminator right away, especially since, as the CDC explains, bed bugs can lay a lot of eggs very quickly, which will only exacerbate the problem.

The following facts about bed bugs will, hopefully, help you feel better prepared in case you ever encounter the pests. It really is impossible to sleep tight if the bed bugs are biting, so if you want to be ready for what’s an inevitability in many major cities, read on to learn everything you need to know about bed bugs.

Why are they called bed bugs?

The Latin name for bedbugs is Cimex lectularius, which means “bug of the bed.” But don’t let that fool you – the pesky creatures can be found anywhere. “Bed bugs want to feed on you at night while you’re still, so they’re commonly found in your bed,” John Furman, president of New York City-based pest management company Boot-A-Pest, tells Woman’s Day. “But I always say the bed is 70 percent of the infestation and the rest of the room is the other 30 percent. They can be all over your apartment – in the sofa, behind picture frames or in the crevices of baseboards.”

Who can get bed bugs?

“There’s an unnecessary stigma associated with bed bugs,” Susan Jones, PhD, associate professor of entomology at Ohio State University, tells Woman’s Day. “Anyone can get bed bugs, as the CDC explains on its website. They’re not associated with poor housekeeping or a certain poverty level or anything like that.”

So if you have them – or know someone who does – remember that it has nothing to do with personal hygiene habits. “Every woman whose home I treat tells me how often they shower, how clean they are, that they get manicures – none of that matters,” Jeff Eisenberg, founder of Pest Away Exterminating, tells Woman’s Day.

Unlike with many other pests and insects, research has not yet proven that bed bugs do anything more harmful than give you the heebie-jeebies. But that doesn’t mean people should brush them off as no big deal. And Jones believes the research is “incomplete and inconclusive.” And Eisenberg insists they are a mental health risk. “People can become so obsessed with bed bugs they don’t sleep for weeks,” Jones explains. “They miss work, they spend hours Googling the topic. I call it a bed bug paranoia.”

Bed bugs have also been shown to aggravate allergy and asthma symptoms in people who already suffer from them.

It’s difficult to notice a suspicious bite and not immediately consult Dr. Google for an immediate diagnosis. But just because a website tells you bed bug bees look a certain way doesn’t mean your bees will follow that pattern. According to Jones, bites often appear in a grouping of three or a “1-2-3 – breakfast, lunch, dinner” pattern, but many people – around 30 percent, according to Furman – don’t react to bites at all. And others may have singular scattered bites.

When do bed bugs come out?

Though these pests like to come out before dawn, don’t think you can wait up all night to outsmart them. “A bed bug is an opportunist, and while their peak feeding time is between 2 am and 5 am, if you work nights they will come out and feed on you during the day, “Furman says. And Jones explains that they’re attracted to a human’s body temperature and, even more so, the carbon dioxide we exhale.

Can you always see bed bugs?

While itchy bites may indicate you have a bed bug problem, a thorough inspection is necessary to prove it.

“If you have a low-level infestation, now people will miss the signs. You really need to call a professional who will spend the time to find the evidence,” Furman says, who takes at least an hour inspecting the rooms for signs of bed. bugs.

How to Find Bed Bugs During the Day |

Things you should look for include “peppering,” which are black fecal spots that are usually imbedded in the mattress seams or on the box spring, as well as insect skins (immature bed bugs shed their skin five times before becoming an adult). You may also see actual bedbugs, which, depending on their age, will be clear or rust-colored. You can never be too careful, but don’t panic.

Well-trained and properly handled canines can track down bed bugs because, like bomb-sniffing and drug-sniffing dogs, they are taught to home in on the scent. But according to Furman, “a dog is a tool to bring a handler to a defined search area. You’ve still got to find the bugs in the area they alerted you to.”

What do you do if you have bed bugs?

A common misconception about bed bugs is that if you have them, you have to trash your mattress and send all your clothing to the dry cleaner’s. Not true! According to Furman, heat is the number-one killer of bedbugs. Exterminators treat rooms and furniture with a combination of dry steam cleaning, deep heat and chemical treatments.

If your clothes have been in an infested room, throw them in a hot dryer (at least 120 degrees) for 30 minutes to kill any bugs.

How should you treat bed bugs at home?

Whatever you do, don’t attempt to fumigate your house for bed bugs yourself. “Don’t use a bug bomb or fogger, even if it claims it’s meant for bed bugs,” Jones warnes. “All it will do is scatter them throughout your home, and if you have an apartment, it will give them to your neighbors.”

Jones says that boric acid and other grocery store sprays won’t work, either. Calling a professional is essential – and it’s best to call one early. “You have to deal with this right away,” Jones explains. “One single female bed bug can lay 500 eggs in her lifetime, so it can get out of control quickly.”

How long do bed bugs live?

According to Jones, bed bugs started making a comeback in the late 1990s for a variety of reasons. A spike in international travel combined with a change in the pesticides and insecticides we use as well as lifestyle changes all played a role in their resurgence. “Bed bugs reproduce very quickly and live for a long time, so it was just a matter of time until their populations exploded,” she says. So what now? Though the situation is manageable, “there’s absolutely no end in sight. This is a pest we’ll likely be living with for the rest of our lives.”