Some 70 percent of Israeli households are expected to have access to high-speed internet infrastructure by the end of 2022 in accordance with a government plan to roll out fiber optic cables across the country, Communications Minister Yoaz Hendel said this week.

According to data presented by the Communications Ministry to the Knesset’s Economics Committee in June, there were 670,000 subscribers to fiber optic internet service in Israel, with over 1.6 million households having access to fiber optic infrastructure as of June 2022.

The ministry did not publish the findings nor did it indicate how the data was collected.

While Israel suffers from lackluster internet speeds, the Communications Ministry has been driving an initiative launched in 2019 to lay the infrastructure for high-speed internet connectivity for households. That same year, the ministry launched a fund to be given out via a tender process to telecom firms that set up fiber optic networks in various areas of the country — with an emphasis on the less densely populated periphery, where the financial benefits of deploying will presumably be lower.

The fund is financed by a levy imposed on telecom firms that currently use the nation’s landline infrastructure, totaling 0.5 percent of their total annual revenues, approximately NIS 90 million ($26 million). 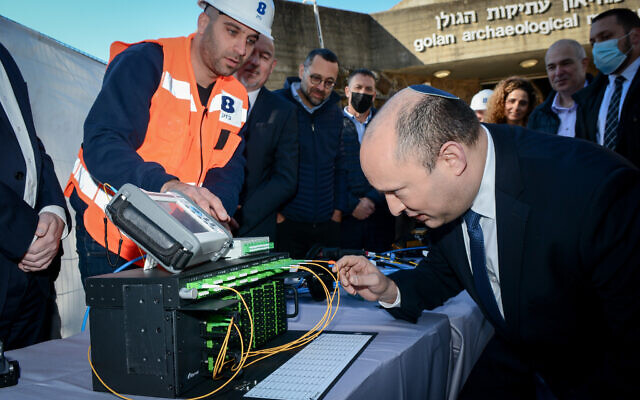 Then Israeli prime minister Naftali Bennett visiting Katzrin in northern Israel where a new infrastructure project for fiber optics network for high-speed connectivity was in the works, on December 26, 2021. (Michael Giladi/Flash90)

Bezeq, Israel’s largest telecom company and one-time monopoly, is responsible for deploying fiber optic cables in the areas it serves, which amounts to 82% of Israeli households. Other companies such as Partner Communications Co. and Cellcom Israel Ltd. also started deploying fiber optic networks, using Bezeq infrastructure that is in place. Hot Telecommunication has not yet deployed its network.

Fiber optic networks, which use light signals beamed along hollow cables rather than electricity along copper wires, as the current systems use, can offer download speeds of several gigabits per second. Current speeds are measured in tens of megabits per second.

Fiber optic networks are considered the best way to provide faster connections in a world that is becoming more and more connected to the internet — from smart cars to smart homes and fridges and TVs. Faster internet speeds are also necessary to use advanced technologies such as virtual and artificial reality and for advanced data delivery requirements or even high definition TV transmissions. Higher internet speeds have also been linked to GDP growth and in helping close social inequalities, research has shown.

In Israel, deployment of these high-speed internet networks have been slow as Bezeq and Hot, both with licenses to deploy the infrastructure, dragged their feet on the matter for years. Israel has had slow internet due to lack of competition, and a reform aimed at upgrading the infrastructure was derailed and is the basis of a graft case against former prime minister Benjamin Netanyahu. 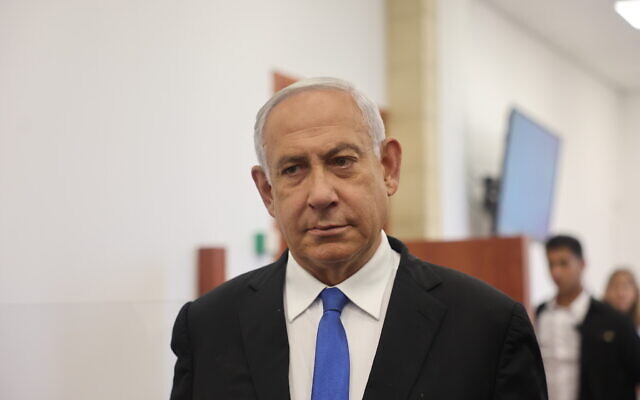 Former prime minister and current opposition leader MK Benjamin Netanyahu arrives for a court hearing in his trial, at the District Court in Jerusalem on May 31, 2022. (Yonatan Sindel/Flash90)

According to the most recent report by M-Lab — a partnership between New America’s Open Technology Institute, Google Open Source Research, Princeton University’s Planet Lab and others, and compiled by Cable — Israel ranked 67th out of 224 countries for internet speed in 2021. According to the data, Israel has a mean download speed of 34.97 megabits per second, above the global average of 28.69 Mbps but below the Netherlands with about 107 Mbps, Singapore with 97.61 and the US with a mean download speed of 92.42.

Israel’s telecom companies have claimed that the deployment of fiber networks was expensive and has led to delays, especially in areas outside the center of the country.

Bezeq began to deploy its fiber network in 2021 and said it reached about a million households by the end of the year.

Last month, the Communications Ministry announced it was slashing the rate for telecom firms leveraging Bezeq’s existing infrastructure in a move meant to reduce deployment costs for competing companies in areas where Bezek chooses not to deploy fiber optic infrastructure, and to incentivize Bezek “to expand the scope of deployment throughout the country.”

Hendel said at the time that the decision will “bolster the economic viability of the companies competing to deploy fiber optic infrastructure in the incentive areas earlier than expected and will encourage competition.”

A tender process to lay the infrastructure in the so-called periphery is expected to get underway in October, the ministry said this week. Its goal is to have all or most households in Israel with access to fiber optic infrastructure by 2026.

The ministry said there has been “massive deployment” in high-rise residential buildings in the center in recent years with deployment, now focused on the north and south. 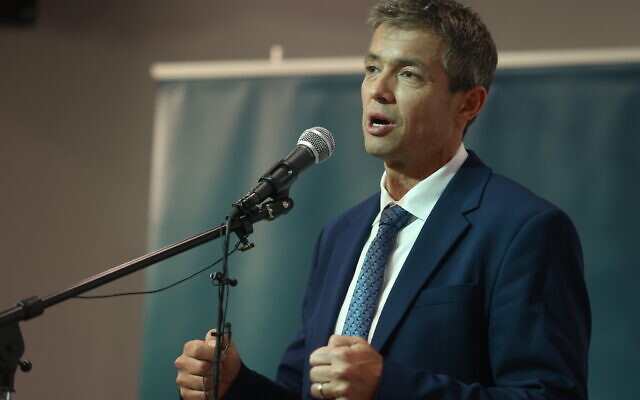 Communications Minister Yoaz Hendel at a conference with supporters in Shoham on July 12, 2022. (Jonathan Shaul/Flash90)

Hendel said in a statement Monday that “the fiber optic revolution turned from a dream into a reality on the ground within a period of two years.”

“There is a tremendous demand for fiber optics… By the end of the year, 70% of Israeli [households] will have access to fiber-optic infrastructure,” he said.

Shoshanna Solomon contributed to this report.

Supporting The Times of Israel is not a transaction for an online service, like subscribing to Netflix. The ToI Community is for people like you who care about a common good: ensuring that balanced, responsible coverage of Israel continues to be available to millions across the world, for free.

Sure, we’ll remove all ads from your page and you’ll gain access to some amazing Community-only content. But your support gives you something more profound than that: the pride of joining something that really matters.

Join the Times of Israel Community Join our Community Already a member? Sign in to stop seeing this

We’re really pleased that you’ve read X Times of Israel articles in the past month.

That’s why we started the Times of Israel ten years ago – to provide discerning readers like you with must-read coverage of Israel and the Jewish world.

So now we have a request. Unlike other news outlets, we haven’t put up a paywall. But as the journalism we do is costly, we invite readers for whom The Times of Israel has become important to help support our work by joining The Times of Israel Community.

For as little as $6 a month you can help support our quality journalism while enjoying The Times of Israel AD-FREEas well as accessing exclusive content available only to Times of Israel Community members.

Thank you,
David Horovitz, Founding Editor of The Times of Israel

Comcast lost internet customers for the first time. Executives call it a blip, but the stock is down sharply.