VALENZUELA CITY, Philippines – John Benvir Serag knocked on the doors in the working-class neighborhood, wearing his pink “Youth Vote for Leni” T-shirt and holding a stack of fliers. He has spent almost every day in the past month trying to explain to strangers why Leni Robredo is the best person to lead the Philippines.

“What are you looking for in a president?” Mr. Serag asked an older woman, ahead of the country’s presidential election in May.

“Of course, someone who doesn’t steal,” she replied.

“Right! Leni has no trace of corruption, ”Mr. Serag said. “Also, she is not a thief.”

Anyone who made eye contact with the 26-year-old Mr. Serag in this neighborhood was an opening. Questions about her plan for clean government? Needed more information about her plans for farmers and businesses?

In this election, many have come out in full force for Ms. Robredo, the country’s vice president who is an outspoken critic of Mr. Duterte and a frequent target of his insults. They are facing long odds, with Ms. Robredo polling a far second behind the front-runner Ferdinand Marcos Jr., the only son and namesake of the late dictator.

They are also fighting a wave of disinformation that has recast the Marcos dictatorship as what supporters of the younger Marcos call a “golden age.” Some of their peers are swayed by YouTube videos that portray Mr. Marcos as a cool parent, while some among an older generation are nostalgic for strongman rule.

Presidential elections in the Philippines have long been a contest for the hearts of young Filipinos. This time, at least half of the record 65 million registered voters are between the ages of 18 and 30.

But they have rarely been marked by this level of passion and intensity. As of Feb. 25, two million volunteers have signed up for Ms. Robredo’s campaign, according to Barry Gutierrez, her spokesman. Many of them are first-time voters or too young to vote. Her rallies have drawn tens of thousands of people.

“It’s like my mom’s a rock star every time she goes around, and this is something very surprising to us,” said Tricia Robredo, one of Ms. Robredo’s daughters. “Especially because we’ve been going off our experience for the past six years where my mom has been very vilified online.”

Dozens of groups have sprouted up, combining their shared interests in K-pop and Taylor Swift with getting the vote out for Ms. Robredo. The “Swifties4Leni” wear T-shirts with the hashtag #OnlyTheYoung, referencing Ms. Swift’s track about youth empowerment against the “big bad man and his big bad clan.”

Many of Ms. Robredo’s young supporters are united in their desire to prevent another Marcos from becoming president. Aside from the human rights abuses committed during his father’s 20-year rule, Mr. Marcos – who is known by his nickname, “Bongbong,” – has been convicted of tax fraud, refused to pay his family’s estate taxes, and misrepresented his education at Oxford University.

Ms. Robredo, a lawyer and an economist, beat Mr. Marcos narrowly in 2016 to win the vice presidency, which is separately elected from the presidency. She has vowed to stop the extrajudicial killings in the drug war. During the pandemic, she sent medical equipment to patients and dispatched supplies to frontliners. She has helped marginalized communities and is usually one of the first top officials to visit disaster-stricken sites.

Perhaps the biggest challenge facing Ms. Robredo’s young volunteers have been the wave of disinformation that has lionized the Marcos era and vilified Ms. Robredo as a communist. Spliced ​​videos have also portrayed her as stuttering and unintelligent.

Tsek.ph, an independent fact-checking project in the Philippines, found that Mr. Marcos has benefited the most from disinformation this year, while Ms. Robredo has been its biggest victim so far. The group got out of over 200 election-related posts it analyzed, 94 percent targeted Ms. Robredo; only 10 percent went after Mr. Marcos.

“It’s a little late for us to fight that disinformation,” said Mr. Serag, a junior high school teacher who goes by VJ “But we’re still doing it, even if it’s a little too late. That’s what pushed me to be active. ”

On a recent Thursday, Mr. Serag led a team of 20 other volunteers in the neighborhood of Gen T. de Leon, where posters of Mr. Marcos and his running mate, Sara Duterte, the president’s daughter, were plastered outside many homes.

Just a week before, several of Mr. Marcos’s supporters in the next neighborhood had dumped a bucket of water on them.

“What are you looking for in a president?” Mr. Serag asked a middle-aged woman who runs a stall.

“Someone who can help us find jobs,” the woman replied.

“Leni has set aside a budget of 100 million for small and medium enterprises and when it comes to employment -” Mr. Serag began before he was cut off.

“Isn’t Leni a ‘yellow?’” The woman asked, referring to the “yellow” Liberal Party. The party of the Aquino family, which has produced two former presidents, has been seen by some as an elite group that has failed to improve the lives of ordinary Filipinos.

“Well, she’s independent,” Mr. Serag responded. He pressed on: “Even if we do away with the political colors, yellow or whatever, let’s think about what she really has done. She really has helped a lot of communities. ”

The youth vote remains divided between Ms. Robredo and Mr. Marcos. Many young people remain big fans of Mr. Marcos – a survey has shown that seven out of 10 Filipinos aged 18 to 24 want him to be president. The country’s textbooks dwell little on the atrocities of the Marcos era. Mr. Marcos’s young supporters say they enjoy watching his YouTube videos that often feature his family in the game-show segments.

One volunteer on Mr. Serag’s team, Jay Alquizar, 22, had a speaker blasting a rap and pop jingle touting Ms. Robredo’s achievements, which he carted through the streets. A group of teenage boys cycled past him. Some shouted Mr. Marcos’s initials: “BBM, BBM!”

Mr. Alquizar spoke into his microphone. “We’re not here for a fight, we just want to inspire you,” he said. “That is what we see as the young. You need it, too. Because the future is not only for you. It’s for the next generation. ”

Mr. Alquizar said he was inspired, in part, by his grandfather, a former police officer who was tortured during the Marcos regime after speaking out against human rights violations. “The word‘ sorry ’from the Marcos family,” he said in an interview. “We just want to hear that from them.”

In past elections, the youths in the Philippines were mostly concerned about bread-and-butter issues such as jobs. They were often frustrated by the political dynasties that dominated the establishment, but felt there was little they could do to change it. The youth turnout in the 2016 election was about 30 percent, compared to 82 percent for the general population.

Maria Tinao, 16, a high school student in the city of Caloocan, said she was always disillusioned about politics, believing officials had joined the government just to enrich themselves. A self-professed “pageant fanatic,” she had been more focused on winning beauty contests and listening to K-pop than thinking about her country’s leaders.

Then in 2017, Kian Loyd delos Santos was shot twice in the head.

His death shook Ms. Tinao. He was 17. The police officers who shot him were found guilty of his murder.

In January, Ms. Tinao saw an interview with Ms. Robredo and was impressed. She started researching the vice president’s stance on the drug war. Although she was too young to vote, she wanted to work on swaying people who could.

“We want a change, a real change for this country,” Ms. Tinao said.

For the next few months, Ms. Tinao was relentless in talking about Ms. Robredo’s policies to her mother.

“I was annoyed at first,” said Monica Tinao, 43, a volunteer church worker who was considering voting for Isko Moreno, the mayor of Manila.

But she remained curious about the appeal of Ms. Robredo. In March, she decided to attend a rally for the candidate. She saw the young volunteers distribute free food and water. Her daughter was in front of the stage.

That night, the elder Ms. Tinao, who lives in a neighborhood of Marcos supporters, found her daughter’s banner promoting Ms. Robredo and strung it up on her front gate. 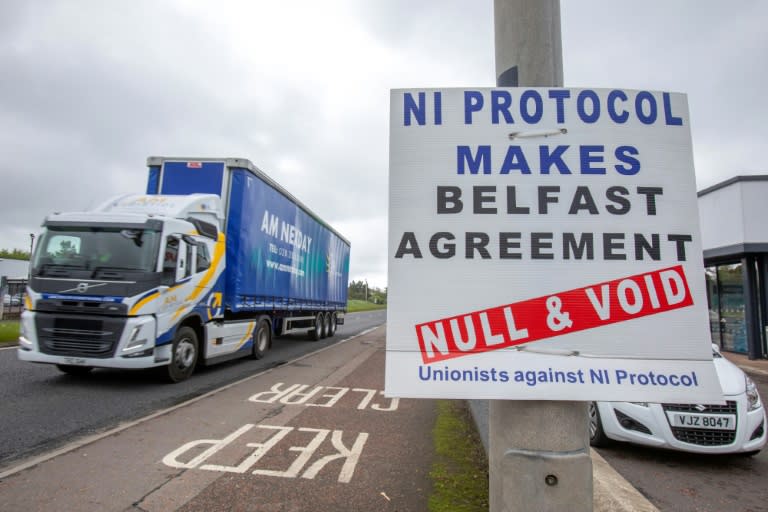