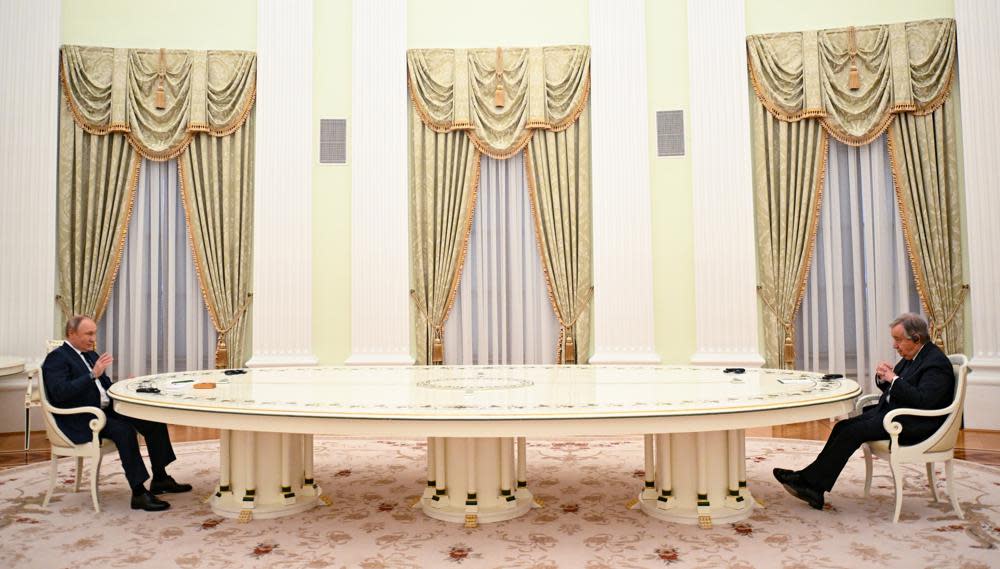 INDIANAPOLIS – Are you losing sleep at night as Russian despot Vladimir Putin continues to rattle his nuclear saber? It’s a question I’ve been posing to Hoosier members of Congress these past few weeks.

When a senator begins his answer with that scary preface, we should take a serious note. “What we also need to know is that we could invite the use of nuclear, biological or chemical weapons by showing weakness, just as we could by showing too much strength,” Young continued. “The president is trying to get that balance right and he needs it because we have Vladimir Putin with nuclear capabilities; it’s not clear we have the sort of protocols in place that we did during the Soviet era as you indicated.”

What I had “indicated” was that in 1962, with Soviet Premier Nikita Khrushchev, and in 1973, when his predecessor Leonid Brezhnev held power at the Kremlin, they had a governing structure in place. They had to answer to the Politburo, which two years after Khrushchev attempted to put Soviet nukes 90 miles off the Key West beachline, sacked him. Vladimir Putin has no such structure. He’s a solitary strongman losing a war.

“It’s also not clear how stable he is; the extent to which he is prepared to escalate when the push comes to shove,” Young said of Putin. “There are so many known unknowns that what we have right now it’s a very tense and dangerous time.”

This past week, Putin was at it again. “They must know that our response to counterstrikes will be lightning fast. Fast, “they got just days after Russia tested its new intercontinental Sarmat (or Satan) nuclear missiles.” We have all the weapons we need for this. No one can brag about these weapons and we won’t brag about them. But we will use them. “

US Rep. Victoria Spartz, returning from her native Ukraine after seeing the atrocities at Bucha, described a dire gathering threat. “We cannot be naive and not acknowledge that a major world conflict has already begun,” she said. “China and Russia are using a hybrid and multimodal strategy around the world to destabilize and control.” The Noblesville Republican called for continued pressure on the despot Putin “to get to the table” and negotiate.

Earlier this month, following the embarrassing sinking of its Black Sea flagship in Moscow, Russian state TV presenter Olga Skabeyeva implored Rossiya 1 viewers to “recognize” that the country was now fighting against NATO infrastructure, if not NATO itself. One can safely call what it has escalated into World War III. ”

In 2007, at the American Ambassador’s Spaso House residence in Moscow, I watched then-Ambassador William Burns join US Sen. Richard Lugar and Sam Nunn of the Nuclear Threat Initiative meet for the 200th anniversary of US and Russian diplomatic relations. This past week, we watched the Nunn question now — CIA Director Burns on Putin’s current state of mind.

“Given the potential desperation of President Putin and the Russian leadership, given the setbacks that they’ve faced so far, militarily, none of us can take lightly the threat posed by a potential resort to tactical nuclear weapons or low-yield nuclear weapons, Burns responded. “I have watched over the years as Putin has stewed in a combustible combination of grievance and ambition and insecurity.”

According to Foreign Policy Magazine, in a 2014 speech, Putin referred explicitly to Russia’s strategic weapons when he declared that other states “should understand it’s best not to mess with us.” That was the year that an amended Russian military doctrine stated this: “The Russian Federation reserves the right to use nuclear weapons in response to the use of nuclear and other types of weapons of mass destruction against it and / or its allies, as well as in the event of aggression against the Russian Federation with the use of conventional weapons when the very existence of the state is threatened. ”

When Defense Secretary Lloyd Austin III returned from Kyiv after a meeting with President Zelensky on Sunday, they explained, “We want to see Russia weakened to the degree that it can’t do the kinds of things that it has done in invading Ukraine.”

At a Russian military base, I watched Nunn, Lugar and Burns push a button in 2007 that incinerated a Soviet SS-25 missile engine that had once been aimed at the US The Nunn-Lugar Cooperative Threat Reduction Program had secured Soviet nukes after the USSR had collapsed.

“Twenty percent of our electricity is fueled by nuclear power,” Nunn said of U.S. energy needs. “Fifty percent of that fuel comes from the highly enriched uranium that has been blended down into energy producing fuel that was once on the end of a warhead that was aimed at America. So, by definition, 10 percent of the electricity in America comes from warheads that have been deactivated. ”

Nunn would add, “The Old Testament talks of converting swords to plowshares and that’s what we’re doing.”

Today, we are facing a vastly different biblical scenario of truly frightening dimensions.

The columnist is the publisher of Howey Politics Indiana at www.howeypolitics.com. Find Howey on Facebook and Twitter @hwypol. 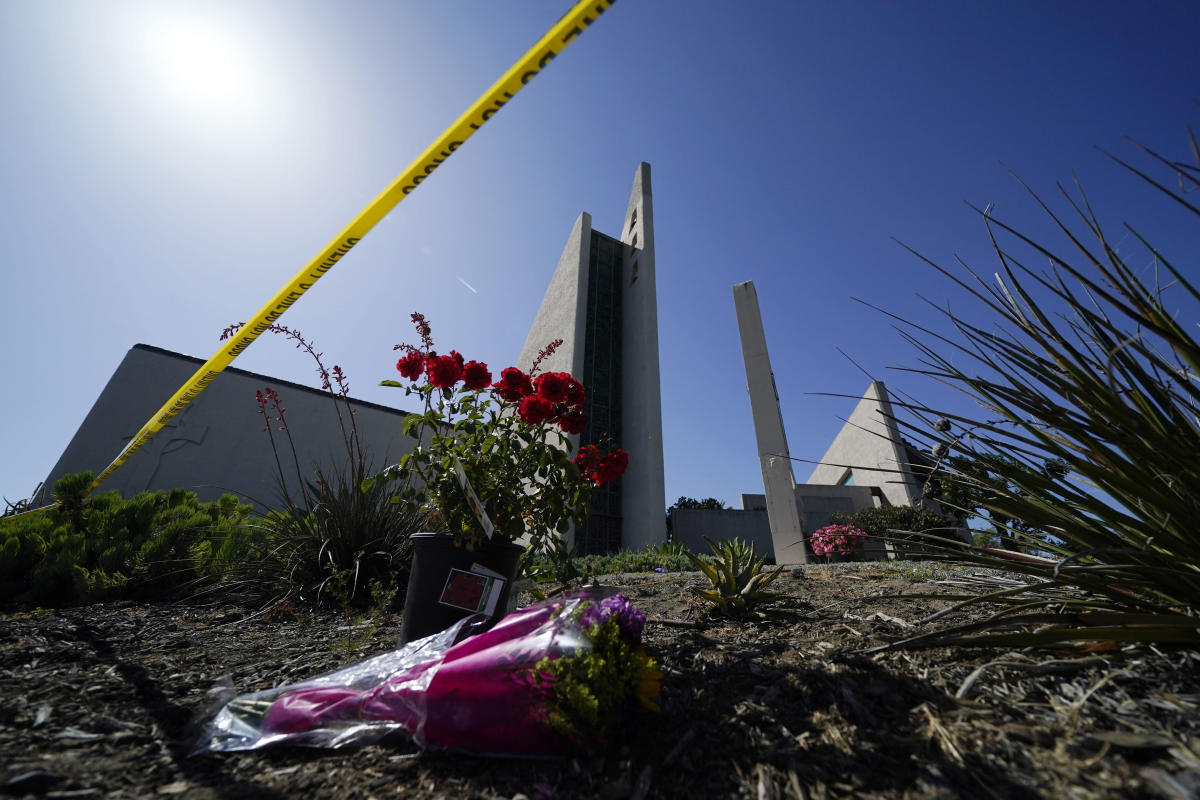 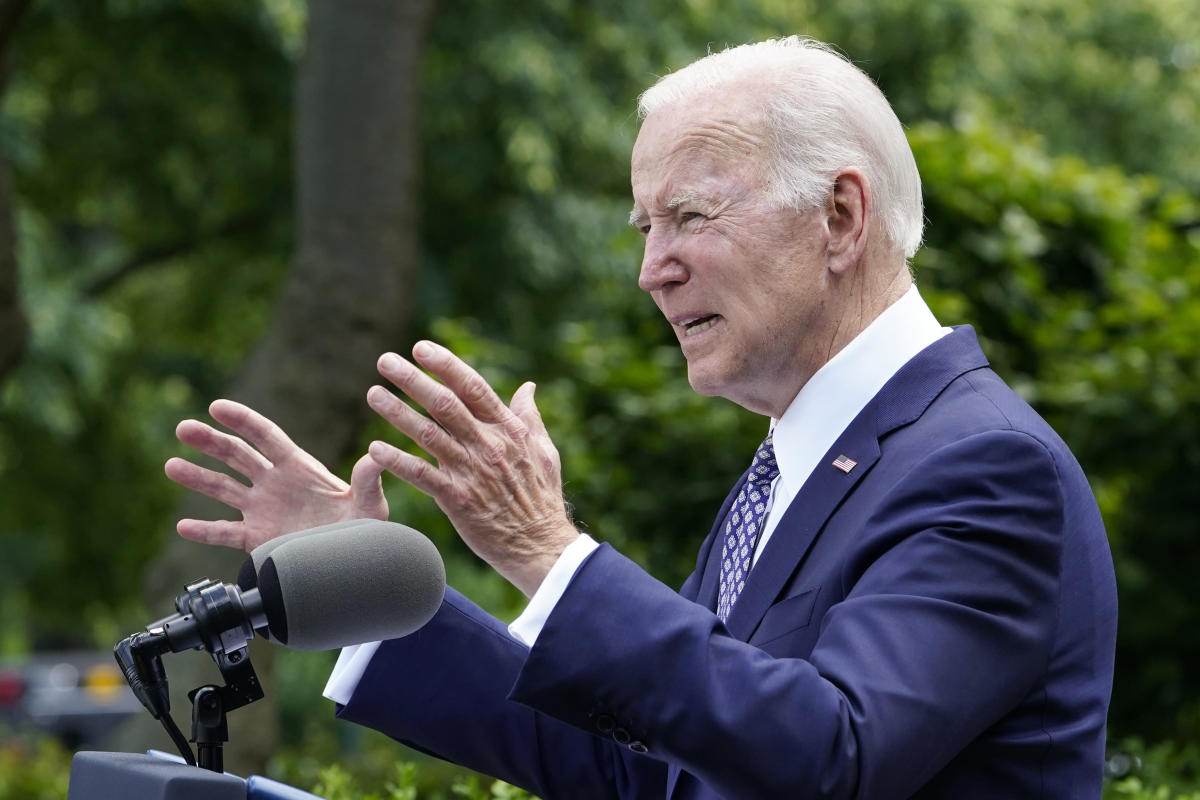 Biden has an eye on China as they heads to South Korea, Japan