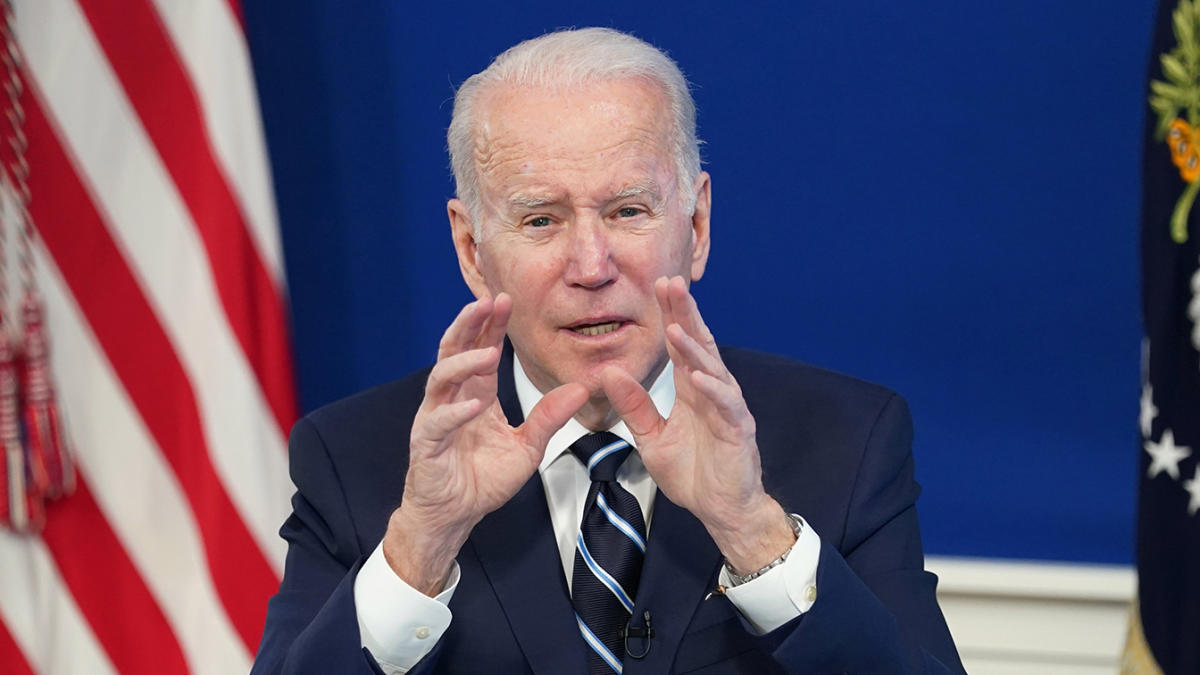 WASHINGTON – The morning after President Biden vowed in his State of the Union address to move beyond the emergency stage of the coronavirus pandemic, his administration unveiled a comprehensive strategy to usher in what many have called a “new normal” – and to keep COVID- 19 from causing mass disruption in the months, and years, to come.

“We look to a future when Americans no longer fear lockdowns, shutdowns, and our kids not going to school,” said the new 96-page preparedness plan, which the White House billed as an update of the national strategy that Biden unveiled on his second day in office.

“It’s a future when the country relies on the powerful layers of protection we have built and invests in the next generation of tools to stay ahead of this virus.”

The plan is a recognition of both epidemiological and political realities. New polling by Yahoo News and YouGov indicates that Americans are wearing of safety measures such as mask mandates. And with two-thirds of the U.S. population fully vaccinated, some degree of normalcy appears to be justified – even though more than 1,500 people are still dying daily of COVID-19, one of several reminders that the virus remains perilous and unpredictable.

“Over the past year we’ve made significant progress and are in a very different position than we were when President Biden took office,” White House coronavirus response coordinator Jeff Zients said during a press briefing.

“Because of this progress, and the widely available nature of these tools, we’ve reached a new moment in the fight with COVID-19,” Zients continued. “Today we are in a position to move forward safely and get back to our more normal routines.”

“We will reach a stage where further and further down to the point where some people call it living with the virus, some people call it endemic,” added Dr. Anthony Fauci, the nation’s top infectious disease expert. “And with all the interventions we have, I believe we are prepared for the possibility that we will get another variant – with regard to vaccines, boosters, testing, good masks and antivirals.”

Biden’s preparedness plan included measures that experts have been demanding for months.

To “effectively stay ahead of this virus,” as Dr. Rochelle Walensky, director of the Centers for Disease Control and Prevention, put it during the briefing, the administration will expand its surveillance of virus levels in local wastewater systems, which “can detect an increase four to six days before we can see cases show up in positive tests. ” Currently, the CDC is collecting data from 647 sites nationwide, covering more than 50 million people.

To catch new variants as soon as they start to spread, the administration will seek funding from Congress to further improve its genomic surveillance program, which currently sequences up to 90,000 viral samples from all 50 states each week, up from 3,000 when Biden took office. Even now, Walensky said, the CDC can “reliably identify very low levels of variant” that make up “just 0.1 percent of all cases.”

To keep people who get COVID-19 out of the hospital, the Biden administration will focus in the near term on a new “test to treat” program that allows Americans to get tested at “hundreds of one-stop sites” nationwide, such as pharmacies, health clinics and long-term-care facilities. If a person tests positive, they can then immediately get antiviral pills, such as Paxlovid, which have been shown to be nearly 90 percent effective against hospitalization if taken soon after infection.

Relatively scarce since it was approved in December, Paxlovid is set to become more accessible in the months ahead, with 1 million pills available in March and “more than double” that number scheduled for April, according to Zients.

To maintain US immunity levels in the longer term, even if dangerous variants do emerge, the administration is accelerating research and development of a single COVID vaccine that protects against the virus and all its variants, as well as previous coronaviruses. Some coronavirus “supervaccines” are already in phase I trials.

The administration is also seeking to increase overall US vaccine manufacturing capacity to at least 1 billion additional doses a year and expedite approval of updated vaccines, tests and treatments so they are available within 100 days.

To mitigate spread if and when the virus surges again, the administration plans to stockpile at-home tests and high-quality masks for the general population for the first time, and to continue to provide them – for free – at places like pharmacies and grocery stores.

Finally, the administration pledges in the plan to work with Congress to “give schools and businesses guidance, tests and supplies to stay open, including tools to improve ventilation and air filtration,” as well as to build on its program to deliver 1.2 billion vaccine doses to other countries – an important safeguard against new variants.

“Importantly, executing the president’s plan requires additional congressional support and funding,” Zients said during Wednesday’s briefing. He did not specify how much money the Biden administration would ask of Congress.

The administration’s new emphasis on preparedness reflects the fact that the US has been here before. In March 2021, after months of harrowing COVID-19 numbers, new US cases had finally dipped below 60,000 a day. Hospitalizations had fallen even further. America was averaging fewer than 2,000 daily deaths for the first time in weeks – still tragically high, but trending in the right direction.

Before long, nationwide cases flatlined at their lowest level since the start of the pandemic; now states lifted their indoor mask mandates. The return of pre-COVID normalcy felt like it was imminent.

Today, exactly one year later, the numbers are eerily similar – and so is the public response, as the state after state rushes to relax its remaining COVID rules and declare that time has come to “live with” the virus.

The problem, of course, is what happened after America announced the end of the pandemic for the first time: massive back-to-back waves of novel and hypercontagious Delta and Omicron variants that wound up killing at least another 330,000 Americans – about the same number who succumbed to the virus in all of 2020, before anyone was fully vaccinated.

Now, as yet another seemingly normal spring approaches, the Biden administration seems determined – for reasons of both public health and politics – to prevent future variants from reversing the hard-won progress of 2021 and forcing the country back into crisis mode.

That progress has been significant. Again, more than 215 million Americans are fully vaccinated; about 95 million have been boosted. It’s possible that Omicron – less severe than Delta and easier to catch – will infect so many people before it fades that infection- and vaccine-induced protection will combine to create a wall of immunity broad enough to keep any subsequent variants under control. This wary truce would qualify as an “endemic” COVID, when the still-circulating virus becomes just another risk that society tolerates.

At the same time, COVID safety measures are becoming less popular by the week, according to the latest Yahoo News / YouGov poll. Just 38 percent of Americans, for instance, say it is “too soon to stop requiring masks inside.” Far more (50 percent) either believe that “it is the right time to stop requiring masks inside” (19 percent), that “masks have been required inside for too long” (14 percent) or that “masks should never have been required inside ”(17 percent).

For the first time, a majority of Americans (51 percent) say we need to “learn to live with [the virus] and get back to normal ”rather than“ do more to vaccinate, wear masks and test ”(36 percent). In early February, the country was more closely divided – 48 percent to 42 percent – on that question.

At the same time, however, COVID is a much more adaptable and unpredictable than scientists anticipated, and they warn that as long as billions of people worldwide remain unvaccinated, a more evasive – and possibly more virulent – variant could easily emerge. An estimated 7 million Americans are immunocompromised, no children under 5 have been vaccinated, and “long COVID” animals as a real concern.

On Wednesday, experts noted that more work remains to be done to address issues of access and equity as well.

“The onus of protecting vulnerable Americans has shifted from policymakers and onto individuals and communities who are now at risk,” which “threatens to exacerbate persistent disparities in COVID-19 outcomes during the next phase of the pandemic,” Dartmouth College public health researcher Anne Sosin told Yahoo News.

“While more tools, including treatments, are now available, communities that have been disproportionately affected by the pandemic continue to face barriers to accessing them.”

But the good news, experts say, is that the next surge doesn’t have to send America back to square one – if we prepare for it. Endemic COVID isn’t just something that happens to us; it’s something that we can help to make happen. By taking such steps now, when life is starting to feel normal, the Biden administration is trying to ensure that life can remain as normal as possible, no matter what lies ahead.