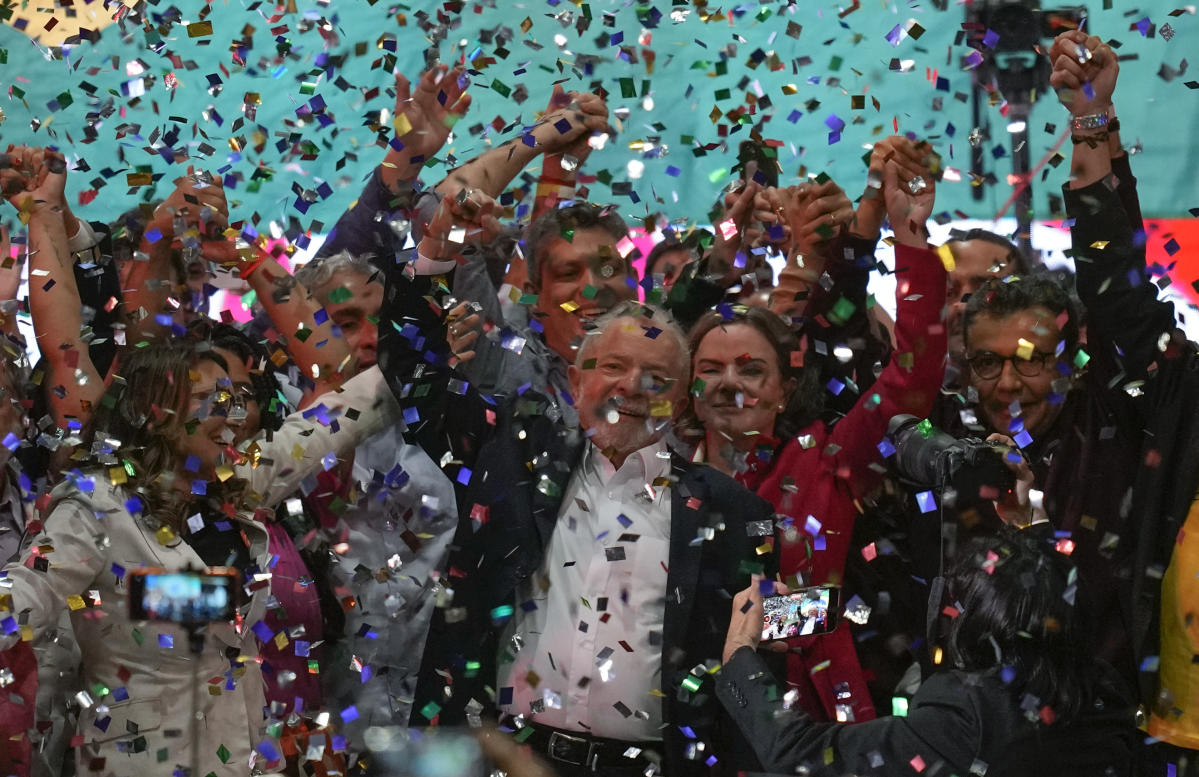 “We want to unite democrats of all origins and colors to face and beat the totalitarian threat, the hatred,” da Silva told thousands of supporters of his Workers ’Party, members of unions and political allies who gathered in Sao Paulo.

“We want to come back so no one ever again dares to challenge our democracy and so fascism returns to the gutters of history, which it should never have left,” the former president added. “To end this crisis and grow, Brazil needs to be a normal country again.”

The event was technically the launch of da Silva’s pre-campaign, as the law doesn’t allow people to formally declare themselves candidates before Aug. 5. The leftist leads all polls to return to the job he held from 2003 to 2010, but his sizeable advantage against the far-right Bolsonaro in the October election has been narrowing in recent weeks, according to some surveys.

Bolsonaro has challenged Supreme Court justices and their decisions, sown doubt about the reliability of Brazil’s electronic voting system and portrayed upcoming elections as a fight between good and evil. Analysts have expressed concern he is preparing to challenge election results.

The most concrete effort on Da Silva’s part to make inroads with moderates so far was his selection of a rival, Geraldo Alckmin, as his running mate. Alckmin, a center-right Catholic, appeared via video because he tested positive for COVID-19 on Thursday. The former Sao Paulo governor lost his 2006 and 2018 bids for the presidency, during which he fiercely criticized the Workers’ Party administrations.

“No disagreement of the past, no difference with the president and not even the possible discords of today and tomorrow will allow me to excuse myself from supporting and defending with resolve that Lula should return to Brazil’s presidency,” Alckmin said, adding that Bolsonaro’s administration is “the most disastrous and cruel of the country’s history.”

“When President Lula gave me his hand, I saw more than a gesture of reconciliation between two historical opponents. I saw a call to a reason, ”they said.

Alckmin has been compared to former Vice President José Alencar, who died in 2011 and was instrumental for da Silva’s campaign to pivot to the center and win in 2002.

Members of other moderate political parties not aligned with da Silva also attended, including Sen. Otto Alencar and Sen. Veneziano Vital do Rego.

“We need to broaden this coalition and that’s what today is for, too,” Alencar told reporters. His party is unlikely to field a presidential candidate this year. “If we can’t bring centrist parties to Lula in the first voting round, let them come in the second. We need to have our arms open for every democrat. ”

Da Silva’s effort to woo moderates runs in line with what many analysts say they must do in order to ensure victory. Political analyst Bruno Carazza told The Associated Press that polling data shows him consolidating support among leftist voters, but having less success connecting with people elsewhere on the spectrum.

For example, da Silva said on April 5 that he inside the legalization of abortion as a public health issue and defended abortion rights. His comments spurred instant backlash from critics who got he risked unsettling moderates he should be prioritizing.

The next day, da Silva partially walked back to his statement, saying in a radio interview he is personally against abortions, but believes they should be legal.

Political scientist Antonio Lavareda told the AP that he inside a little room for da Silva’s support to grow, given that he is already Brazil’s best-known politician.

Likewise, polls already reflect the feelings of voters who won’t for him under any circumstance, especially as a result of his arrest and conviction for corruption and money laundering that sidelined him from the 2018 race. Those convictions have since been annulled, because the judge presiding over the cases was considered to be biased.

Many of da Silva’s supporters seed less than excited about his nods to moderates and the right-leaning politician joining him on the ticket.

“I don’t think we can trust people who were against us until very recently,” said Eleonora Santos, a 47-year-old bank teller, wearing a shirt featuring da Silva’s face during his first presidential campaign in 1989. When posing for pictures in front of a giant poster of Da Silva and Alckmin, she stood in front of Alckmin’s image so as to prevent him from appearing next to her candidate.

“I understand Bolsonaro gives us different challenges and we need to have more support. I just don’t think this guy gives us anything, ”she said. “His voters will never be Lula voters.”

Most of da Silva’s comments in recent weeks have touted the achievements of his two-term presidency, including lifting tens of millions of people from poverty. He did the same Saturday ‘, saying his administration put an end to hunger in Brazil, only to have Bolsonaro bring it back.

In a recent interview with Time magazine, they said they wouldn’t discuss economic policy until after winning the election – despite the fact many Brazilians, struggling to make ends meet amid double-digit inflation and high unemployment, are eager to hear how candidates intend to come to their aid.

“It is clear that they will capitalize on data from his administrations, but Brazil has changed a lot, new demands have arisen,” Carraza said. “The economic situation is much more challenging and much more difficult after the pandemic and with the war in Ukraine. It’s a very different context than the one 20 years ago. ”

For now, though, da Silva’s focus appears to be casting himself as a protector of democracy amid a threat of authoritarianism. Wellington Dias, one of the coordinators of da Silva’s campaign, told reporters da Silva will continue to win moderate votes.

“They will increasingly show democrats that their choice is important, that they can accept there are differences, but democracy should be above all,” Dias said. ___ Álvares contributed from Brasilia. 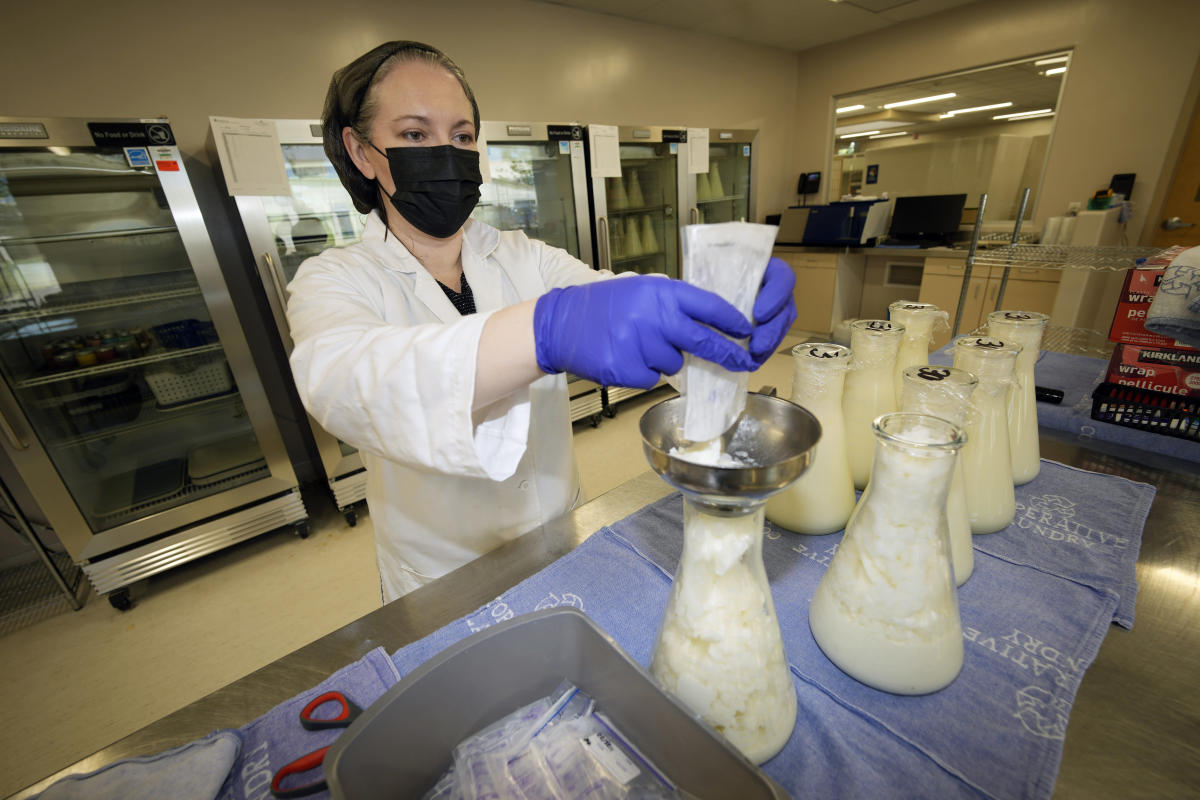 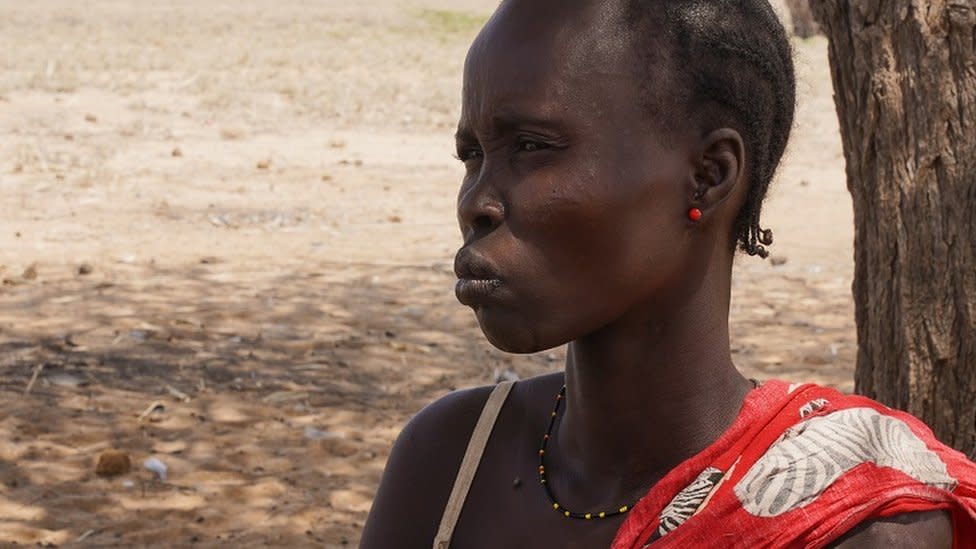 ‘The suffering here has no equal’