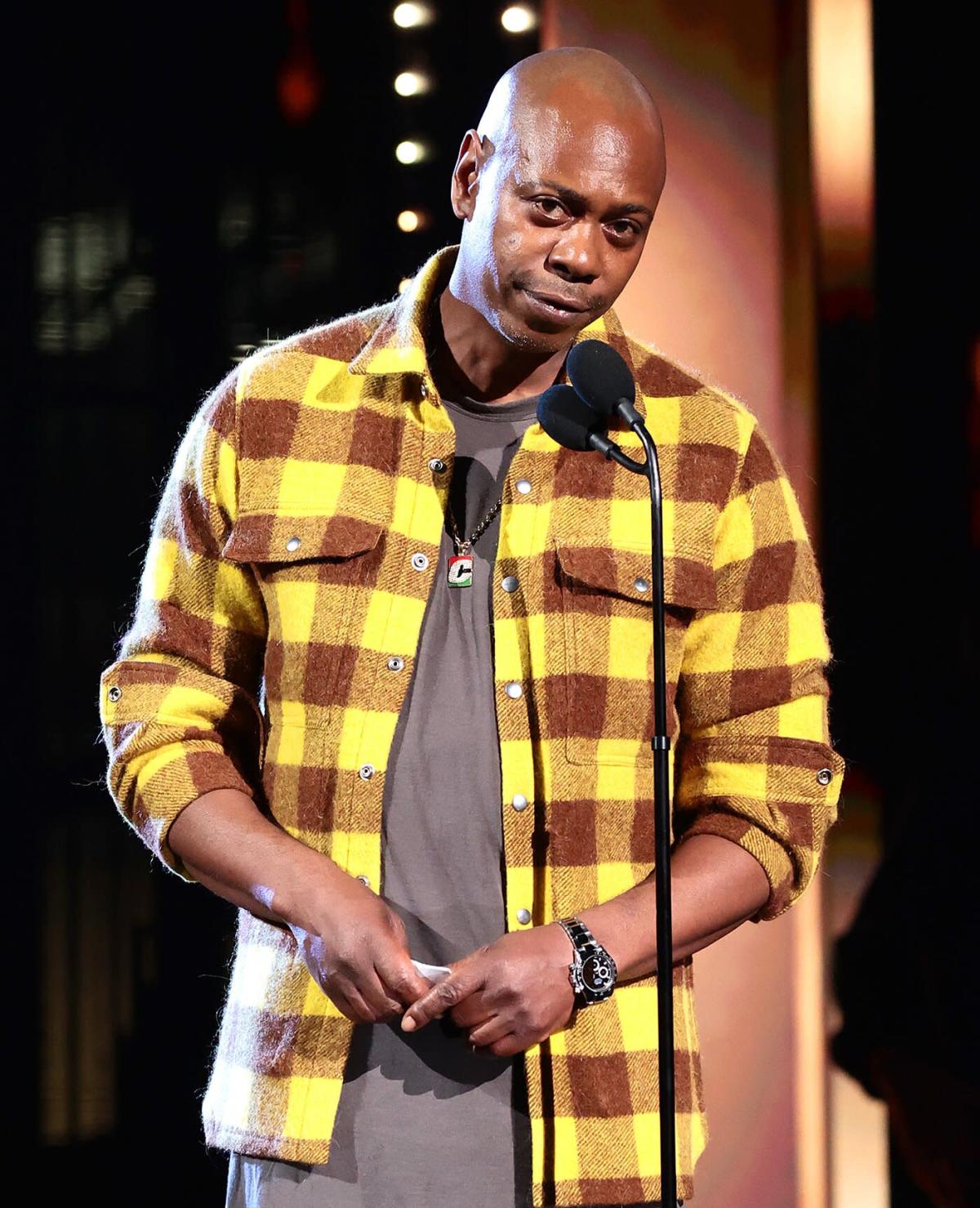 New details are continuing to emerge after Dave Chappelle was attacked on Tuesday night during the Netflix Is a Joke Festival.

While performing a set at the Hollywood Bowl in Los Angeles, the 48-year-old comedian was knocked to the ground after a man in a black hoodie rushed to the stage, PEOPLE confirmed.

According to a PEOPLE staffer who attended the event, the incident occurred towards the end of Chappelle’s set, just moments after he made jokes involving Will Smith.

Chappelle’s jokes about the actor come about five weeks after Smith infamously stormed the Academy Awards stage and slapped Chris Rock after the comedian made a joke about Jada Pinkett Smith’s shaved head. (Pinkett Smith, 50, has been open about living with alopecia.)

After knocking Chappelle to the ground onstage, the attacker attempted to flee but was stopped by security guards and members of Chappelle’s team.

In a statement to PEOPLE, a Netflix spokesperson said of the incident, “We care deeply about the safety of creators and we strongly defend the right of stand-up comedians to perform on stage without fear of violence.”

For more on the Dave Chappelle story, listen below to our daily podcast PEOPLE Every Day.

As the story continues to evolve, here’s everything to know about the recent attack.

What happened during the attack?

Towards the end of Chappelle’s performance, a man in a black hoodie rushed to the stage and appeared to push the comedian, knocking him to the ground. The attacker then attempted to flee, but was stopped by security guards and members of Chappelle’s team.

Following the attack, several other people sprung into action to help Chappelle, including Rock, who had performed earlier in the night. A witness told PEOPLE that Jamie Foxx also jumped onto the stage and “got involved in the scuffle.”

A PEOPLE staffer added of the incident, “The people on the right hand side of the stage were stomping on the man – I witnessed him getting pretty badly beat up. I’m pretty sure Dave stomped on him too. Dave said, ‘He’s back there getting stomped. Where did that n —– come from? It was a trans man. ‘”

Chappelle previously came under fire for his Netflix special The Closer in October 2021, where he made several jokes that targeted the LGBTQ community, particularly transgender people. The streamer has since faced mounting criticism from viewers and employees, including an employee walkout.

Following the incident on Tuesday, the show was shut down for 15 minutes before Chappelle returned to the stage and introduced the hip-hop duo Black Star, who was recently released No Fear Of Timetheir first new album in almost 25 years.

Before leaving the stage, Chappelle told the audience, “Everybody compose themselves. I wanted this to be a peaceful moment, and sure now it is.”

Who was Dave Chappelle’s attacker?

Following the event, a spokesperson for the Los Angeles Police Department confirmed to PEOPLE that the suspect has been identified as Isaiah Lee, 23. In footage shared on Twitter, the attacker was shown being removed from the scene on a stretcher. The LAPD spokesperson told PEOPLE that Lee was treated for injuries and subsequently cleared to be charged and booked.

According to The Daily Beast, Lee performs under the name “NoName Trapper.” In 2020, he recorded a song titled “Dave Chappell,” in which he raps “Life with you n —– sa joke.” He also raps about “keys to a boat”, although it is unclear what the line is in reference to.

RELATED: Dave Chappelle Attacked on Stage During Netflix Is a Joke Festival in Los Angeles

Has Dave Chappelle’s attacker been arrested?

The LAPD confirmed to PEOPLE that Lee was initially charged with felony assault with a deadly weapon. The next day on May 5, the Los Angeles District Attorney’s Office announced it had declined to pursue that charge but did not rule out misdemeanor charges.

An LAPD spokesperson said the weapon used was “a replica handgun with a knife,” describing it as a “replica handgun-slash-knife.”

Lee is being held in the Los Angeles City Jail on a $ 30,000 bond. It was not immediately clear if he had retained a lawyer.

In a statement shared with PEOPLE on behalf of the Hollywood Bowl, a rep for the Los Angeles Philharmonic Association stressed how seriously the organization is addressing the evolving situation.

“The safety of our artists, visitors and staff is the LA Phil’s top priority,” a spokesperson said.

“The incident that occurred at the Hollywood Bowl on May 3, 2022 remains an active investigation, and we are unable to comment further at this time,” they added, redirecting further queries to the LAPD.

Who else was at Dave Chappelle’s Netflix Is a Joke Festival performance?

In addition to Rock, Foxx, and Black Star, the event included a handful of other celebrity guests. A person in attendance told PEOPLE Sean “Diddy” Combs was there, along with Jimmy Iovine, Elon Musk, and Busta Rhymes, the latter of which Chappelle pointed out in the audience following the incident. 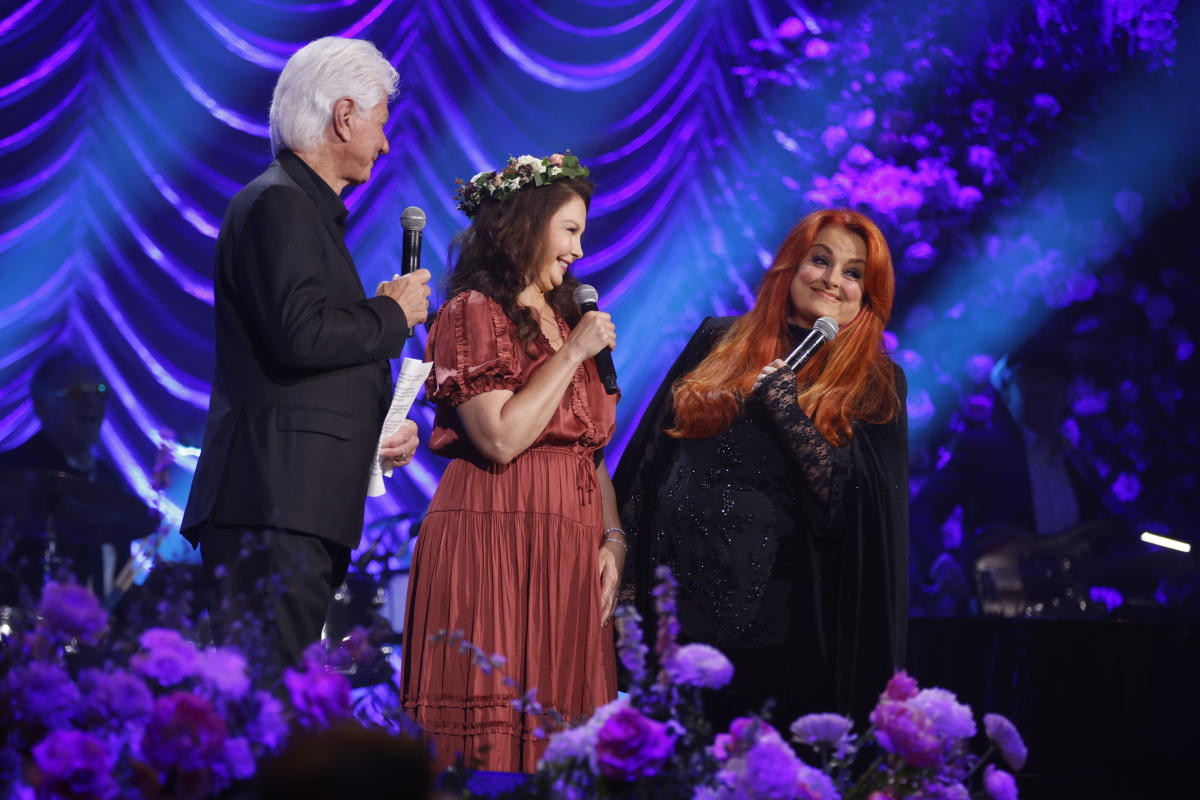 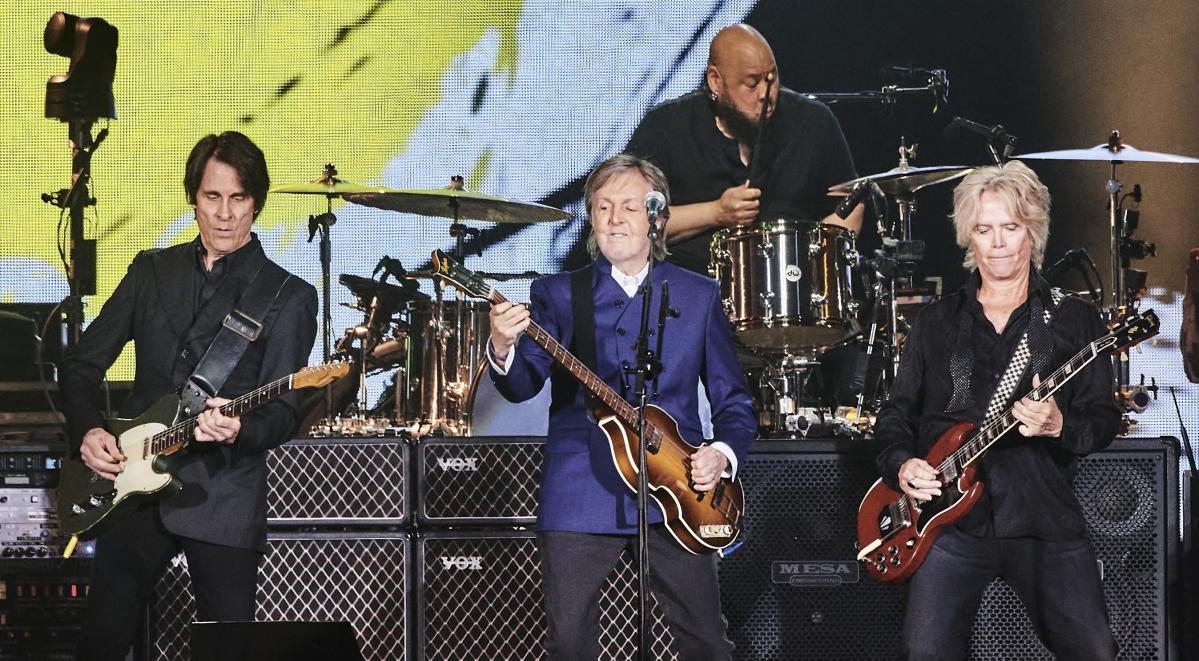 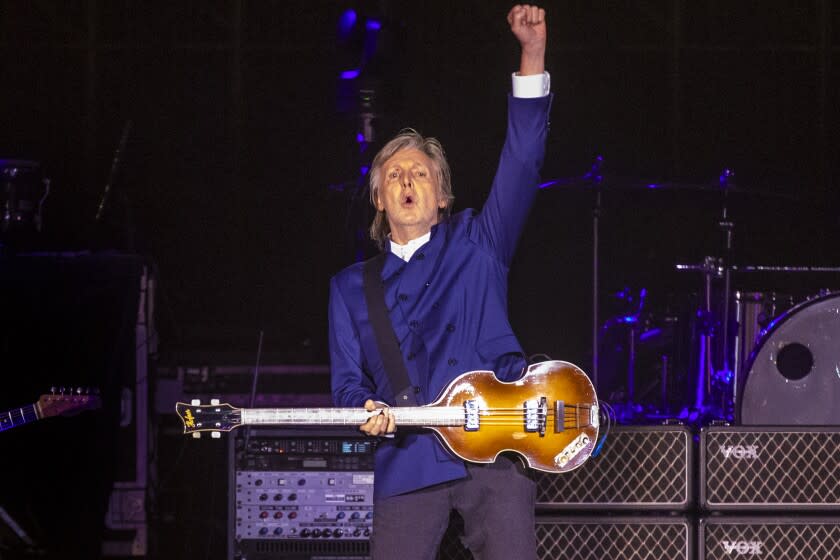 On the cusp of the 80’s, Paul McCartney is still our most charming rock god