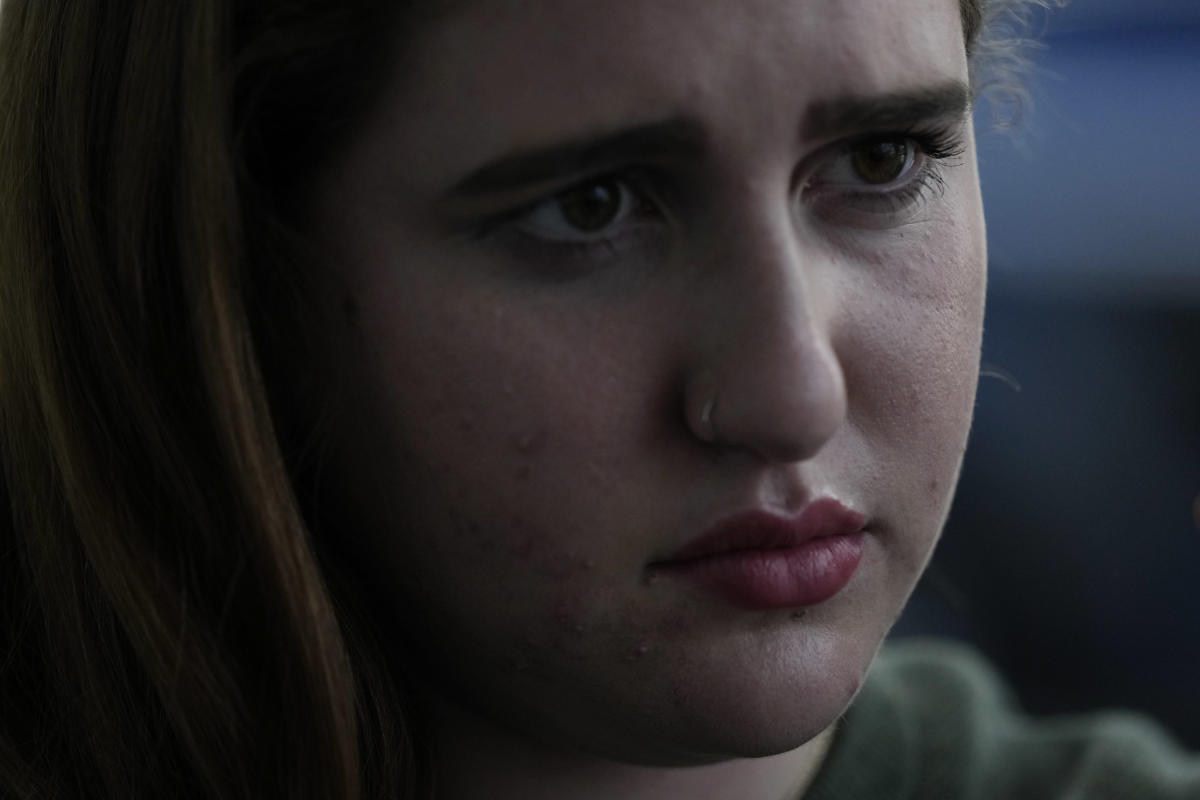 HOLLYWOOD, Fla. (AP) – More than a year after she witnessed a gunman kill three fellow students and injure five others in her Parkland classroom, Eden Hebron came home from lunch to find a strange white car parked in her driveway.

Since the shooting, surprise visitors were rare. Eden had struggled to the cope, and her family tried to protect her. Now, nearly 20 months after the Valentine’s Day massacre where 17 people were killed at Marjory Stoneman Douglas High School, a therapist had arrived to send Eden to a mental health facility on the other side of the country.

The intervention was her family’s latest and now drastic attempt to help their daughter. Eden, then 16, screamed and tried to reason with her parents. Her life was in Parkland – her school, her friends. She learned she’d be leaving in a couple of hours; she’d have little contact with anyone outside the California facility.

“I was freaking out. I was more scared than anything else, ”she said. “I was like, ‘What’s going to happen?'”

Eden’s troubles after Feb. 14, 2018, and her long journey in recovery are not unique – students who survived the deadliest high school shooting in the US have grappled with trauma for years. Even for the students who became vocal activists for changes in gun legislation, mental health issues have surfaced – delivering blows not only for them in their coming-of-age years but also for their families. Experts say that’s expected for survivors of mass shootings, especially those who are children or young adults.

In Eden’s case, her parents hoped the move to California would save her life. While her classmates – many in therapy themselves, some struggling but making it through their last years at Stoneman Douglas – went on to take exams, attend dances and find their way to graduation, Eden headed some 2,600 miles away.

The days before Eden’s intervention were filled with angst. She wasn’t eating, she slept too much, and she’d turned to drinking. Eden’s parents feared she might harm herself. They hid all the belts in the house and checked on her hourly every night.

“We really had no way to help our daughter,” Nicole Cook said. “She was unraveled.”

Police intended to commit Eden to a psychiatric hospital because of the risk she presented to herself. But Cook held them off, promising she’d get Eden treatment. Within seven days, Cook had chosen the California center.

There, Eden’s phone, makeup and clothes were taken away. The center was really a big house, with a pool and its own cook. Five or six other teens were typically there. To Eden, it seeds like the Four Seasons of treatment centers, but she felt desperate and alone.

“I didn’t have my family. I didn’t have contact with anybody, ”she said. “I had no idea what was going on, how long I’d be there. And I was just excruciatingly wanting to get out. ”

At home, Eden’s family worried. The facility was their last resort – they’d sought ways to help Eden heal, but nothing had worked.

Her mother wanted to develop resources for families of survivors, once holding a meeting at their home to make plans. But she was discouraged, in part by lack of funding – she said money was going to agencies that were already registered.

Eden got back at school, she’d found stigma for those visiting the resource center or a new wellness facility – even after the apparent suicides of two students. Still, Eden continued to get straight As; she went to Homecoming and parties. But she was getting argumentative, suspicious and paranoid.

She turned to alcohol and bad relationships. She closed off but presented herself as a normal teenager. Her therapist even told her she didn’t need further sessions, Eden said.

In California, Eden was angry. She begged her parents to let her leave.

“But as much as I wanted to get out, my parents wanted me to get better,” she said.

They flew in weekly to visit. In early 2020, Cook, an epidemiologist, began to worry about COVID-19. Anticipating a lockdown that would prevent visits, the family moved to California. Eden had transitioned into a group home, and her parents would be able to see her more.

On Wednesdays, the family would drive to Malibu, eat along the beach, practice yoga or run. They saw Eden expressing herself more and enjoying her time with them.

When Eden turned 18 in February 2021, she left the group home and moved in with her parents. But the pandemic worried them, and they feared a relapse for their daughter.

“We were afraid of getting sick,” Cook said. “I felt she was going to make bad decisions.”

So the family moved back to Florida, but not Parkland. They chose instead of the suburb of Hollywood, about 30 miles away. Eden continued seeing her therapist remotely, and finished school online. She made plans for college – a future her parents could only dream of just a couple years earlier.

Today, Eden, 19, is studying in New Jersey. She wants a degree in computer science or neuroscience.

Navigating college life on her own, Eden’s aware of the little things she needs to do to stay on track: She meditates, she writes, she is inside a therapist.

Some peers have kept up their advocacy for gun control and mental health resources. It’s hard for anyone to ignore the shooting or the drumbeat of headlines – jury selection for the death penalty trial of the gunman is underway, with lengthy proceedings expected to follow.

Eden wishes she could do more for all the teens who’ve witnessed shootings across the US She knows not everyone has the resources she did. She feels powerless.

“Some people are struggling,” she said. “People are really having a hard time. As much as I want to go and help people and save people, I need to focus on me because I know how it can get for me. ”