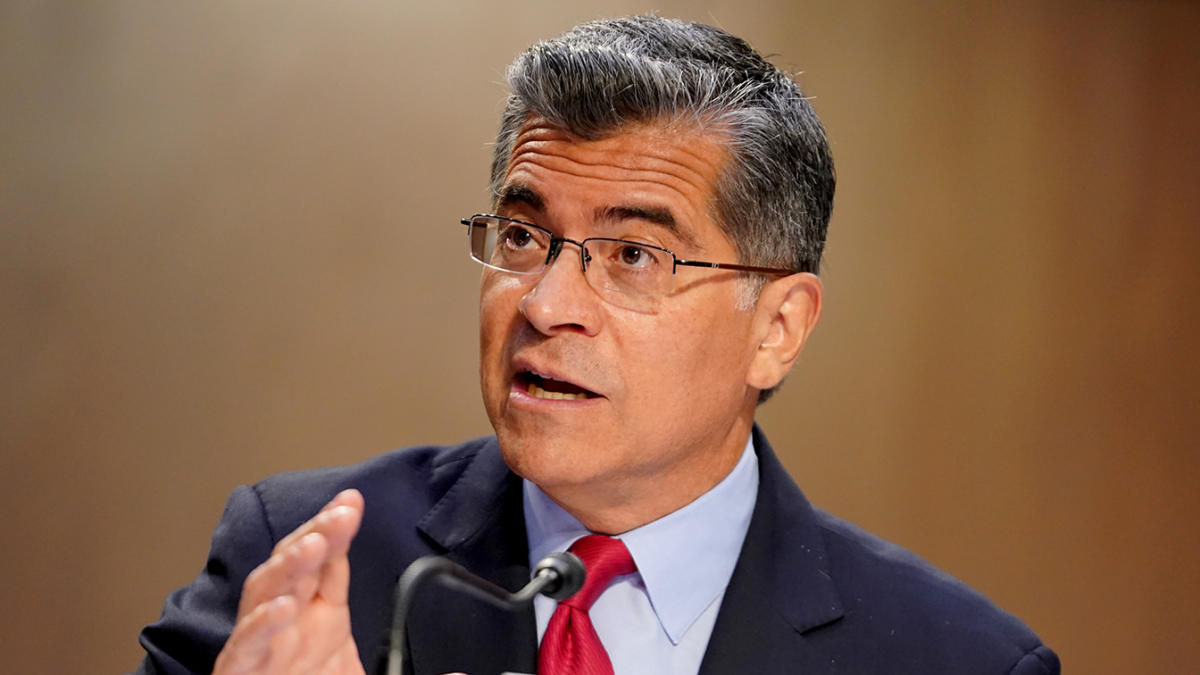 WASHINGTON – Grumbling from high-ranking Biden administration officials and a harsh watchdog report released late last week are the latest set of challenges for Secretary of Health and Human Services Xavier Becerra, who has struggled to find his role in the administration.

The Cabinet department he leads, the Department of Health and Human Services, has remained on the guidelines of the Biden administration’s pandemic response, leading to questions – increasingly aired in public – about whether Becerra was the right pick for the job.

Last Thursday’s report, from the Government Accountability Office (GAO), was followed on Monday by a withering Washington Post account that has top officials in the administration blaming the former California attorney general for disarray in the federal response to the coronavirus, charging that he has taken “too passive a role in what may be the most defining challenge to the administration,” as one of those officials told the newspaper.

The GAO’s report will be difficult to dispute since it comes from a nonpartisan agency that as a rule scrupulously avoids the kind of political jockeying that is routine within any administration, especially at a time of crisis. The report faults the response of a number of federal agencies in handling the pandemic, including the Department of Agriculture and the U.S. Treasury. But the report is especially unstinting in its assessment of HHS, the agency that oversees the Centers for Disease Control and Prevention and the Food and Drug Administration.

The report faults HHS for not being “sufficiently prepared for a range of public health emergencies,” although it also makes clear that some of those deficiencies predate the Biden administration by more than a decade. Still, investigators determined that under Becerra – a career politician who represented part of Los Angeles in the U.S. House of Representatives for more than two decades – the agency has not been nearly aggressive enough in making course corrections.

For example, it notes that Becerra failed to implement “a comprehensive and publicly available testing strategy.” Coronavirus tests remain difficult to come by, and guidance on how to use tests has been confusing. The report called on Biden to “strengthen HHS’s leadership and coordination role for future public health emergencies” beyond the coronavirus pandemic.

“If left unaddressed, these deficiencies will continue to hamper the nation’s ability to be prepared for, and effectively respond to, future threats,” the GAO report said.

Dissatisfaction with Becerra had been growing for months, with top administration officials irritated at him last spring over his agency’s handling of the influx of unaccompanied children across the border with Mexico. Becerra has no experience with core elements of HHS’s mission, nor is he a close member of Biden’s insular circle of advisers. “It’s been a steep learning curve for him,” an administration official confessed to Politico at the time.

As the pandemic has slogged on, that curve appears to have become only a steeper. Over the summer, he riled conservatives by insisting in an interview that it was the government’s “business” to know a person’s vaccination status.

More recently, he has been “invisible,” as administration officials described him to NBC News. He has not attended a single briefing of the White House pandemic response team.

Some say that other members of that team, now notably CDC director Dr. Rochelle Walensky, are primarily responsible for shortfalls in the administration’s pandemic response.

“The Biden administration needs to acknowledge that there is a major trust issue, in part due to active disinformation from the anti-vaccine movement and in part due to major missteps from the CDC,” Dr. Leanna Wen, the former Baltimore health commissioner and Washington Post columnist, told Yahoo News. “The CDC has bungled communications around masking, testing, boosters and isolation, among others.”

But whereas Walensky and Dr. Anthony Fauci, the president’s top medical adviser, enjoy considerable clout within the medical establishment, Becerra has none. He had initially wanted to serve as Biden’s attorney general, with HHS emerging as a consolation prize after Merrick Garland was picked for the Department of Justice post. One of the very few high-ranking Latinos in the Biden administration, Becerra was expected to use his experience as California’s attorney general (a post he assumed once Kamala Harris moved to the Senate in 2016) to protect the Affordable Care Act from legal challenges from conservative state attorneys general.

But with the pandemic entering its third year, and still a top concern for many Americans, Becerra’s hands-off approach is increasingly seen as contributing to a broader dysfunction within the Biden administration’s pandemic response.

“Only the federal government has the financial resources, the coordinating and convening power, and the pulpit to address the pandemic crisis well,” Boston University public health expert Julia Raifman told Yahoo News in an email. “Strong public health leadership has never been more important.”

Even more blunt was Eric Topol, an expert on molecular medicine and the founder and director of the Scripps Research Translational Institute. “Of all the HHS secretaries we’ve had, at least in the last multiple administrations, we’ve never had one that was a ghost when it came to a public health crisis,” he recently complained to The Hill. “That’s what we have now: an invisible HHS secretary. Just when we need that person the most. ”

A spokeswoman for HHS told Yahoo News in an email that the department shared “GAO’s focus and urgency in battling this once-in-a-century pandemic and the desire to ensure we never again face a pandemic of this magnitude.” She defended the Biden administration’s efforts to increase vaccination coverage while providing greater access to testing and therapeutics. Biden has invested $ 2 billion in rapid testing, while also stockpiling new medication from Merck and Pfizer that can treat severe cases of COVID-19.

“We look forward to reading GAO’s feedback on these important issues and sharing progress in this whole-of-government effort, as we continue to work to ensure the American people are protected from future health-related emergencies,” she said, without addressing Becerra’s role, or his future with the Biden administration.