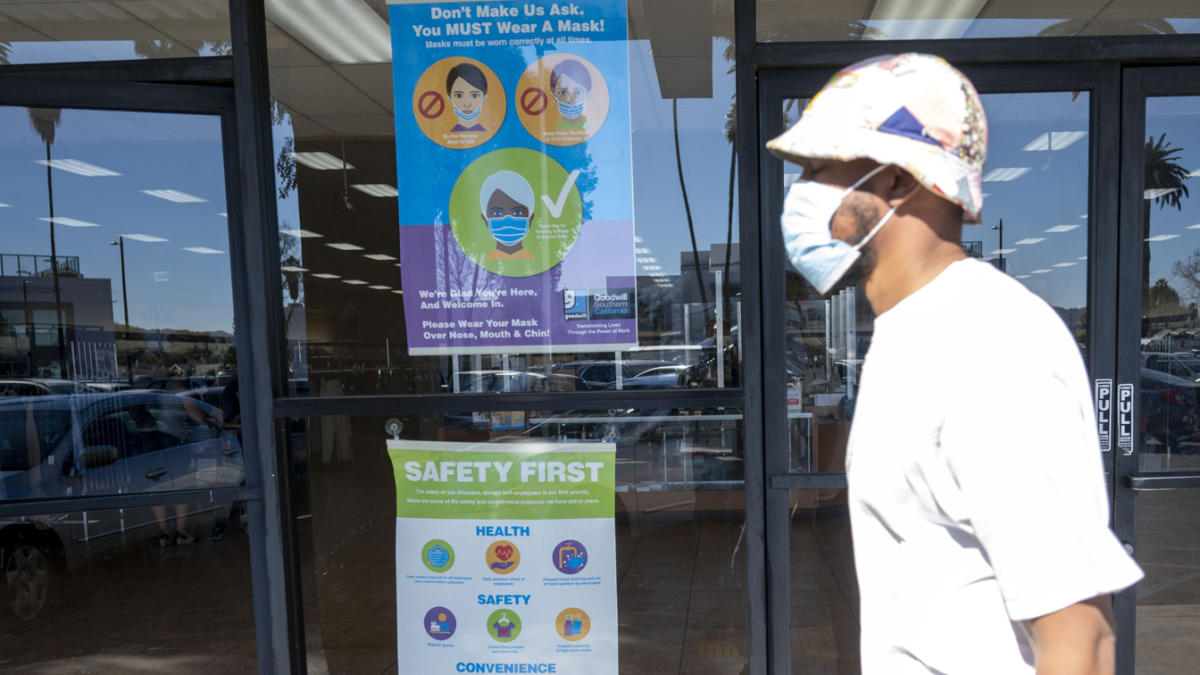 But Los Angeles, the state’s largest city, has refused to follow suit. According to Barbara Ferrer, LA County Public Health Director, Angelenos will probably have to wait another month before they can officially remove their face coverings inside public places.

LA isn’t the only county that plans to go slower than California as a whole; Mendocino and Santa Clara are taking their time as well. And as more Democratic governors move toward unmasking, cities like Chicago also risk being out of sync with their states.

Yet the tension between California’s newly relaxed rules and Los Angeles’s stricter ones neatly reflects the larger struggle now emerging in some of America’s bluest areas. Recognizing that Omicron numbers are continuing to plummet ahead of a likely springtime lull, many experts and officials who urged stronger security measures when the virus was rampant are now urging the opposite: a break from restrictions in the name of preserving public trust – and cooperation – should COVID ever surge again.

“I believe our health orders are only effective if people believe in them, if they think they are fair and if they follow them,” LA County Supervisor Janice Hahn said Tuesday. “The longer we drag our feet on lifting the indoor mask mandate, the more out of step we get from the state, and the more trust that we lose from our public.”

So why the delay? Critics say it’s because LA isn’t adjusting to new realities fast enough – a skill that will become increasingly necessary as the US continues to shift away from crisis mode and toward a kind of wary truce with the virus, which may require safety measures to quickly toggle on and off in response to changing conditions.

LA officials pride themselves on their data-driven approach to COVID, and they have tried to strike what they see as an appropriate balance between public health and normalcy.

After early, nationwide lockdowns, businesses here have been open since the summer of 2020. Schools took a long time to reopen for in-person instruction, but they also remained fully open during the recent Delta and Omicron surges due to universal testing and masking – unlike the more than 20,000 schools that closed in less cautious areas.

As far as health outcomes go, the average COVID death rate in LA County did not exceed 0.73 per 100,000 residents per day during Delta or Omicron, the only waves to strike after vaccines were widely available. In Florida – to pick a place that has refused to require vaccines or masks – the corresponding peak was more than twice as high (1.75 deaths per 100,000 residents).

According to a new study by the Centers for Disease Control and Prevention, indoor masking did have something to do with this. So it’s understandable that LA wants to rely on metrics, not politics, to determine when to lift its mandate.

The question is whether LA’s metrics still make sense.

According to health officials, LA’s indoor mask mandate will remain in place until the county records seven consecutive days at a “moderate” level of coronavirus transmission, as defined by the CDC.

For LA, this means fewer than 730 cases per day in a county of 10 million.

Unfortunately, LA is currently averaging nearly six times that many daily COVID cases (about 4,100). Even at today’s precipitation rate of decline – about 3.5 percent per day – it will still take 25 to 30 days for the county to cross the CDC’s “moderate transmission” threshold, according to Ferrer.

But that may be an outdated approach. The CDC defined its four color-coded tiers of coronavirus transmission in November 2020 – long before the arrival of the extremely transmissible but less severe Omicron variant. At the time, LA County was testing roughly 50,000 people per day. Today the county is testing about 155,000 people per day.

Because the absolute number of detectable cases is largely contingent on how many tests are conducted – particularly in the Omicron era – LA is effectively punishing itself for increasing its testing capacity. It’s harder to get to 730 cases a day when you’re testing three times as many people – and that’s assuming you ever get there. The county’s seven-day average hasn’t fallen below 730 cases since July 10, 2021.

A different strategy would be to link masking to positivity rates. In November 2020, when LA County was conducting 50,000 tests a day, about 1.5 percent of them would have had to come back positive to equal 730 daily cases. Today the 1.5 percent positivity rate equals 2,325 cases. But instead, LA is still aiming for 730 cases, which now represents a positivity rate of less than 0.5 percent. “Moderate” transmission, in other words, means a lot less transmission than it used to – even though a lot more Angelenos have immunity than they did then.

By hewing to pre-Omicron CDC recommendations that index indoor masking to absolute case numbers – as opposed to more relevant measures of spread or risk – LA County is effectively letting the bar for unmasking go up at the same time the danger of getting sick from COVID is going down.

LA County officials seem aware of the contradiction. Previously, they said they would require two weeks of moderate transmission before lifting the indoor mask mandate; this week they shortened it to one. At the same time, they scrapped what was expected to be another trigger for relaxing the rules – the availability of COVID vaccines for children under the age of 5 – because of delays in the federal review process. The Los Angeles Unified School District will likely no longer require masks outdoors starting next week.

Yet even as most of California, not to mention the rest of the country, makes masks optional indoors – and even as the CDC itself reportedly prepares to revise its own pre-Omicron mask guidance, tying indoor recommendations to “the level of severe disease and hospitalizations in a given community ”rather than the raw number of cases – LA has been slow to adjust.

Ultimately, a few more weeks of mandated indoor masking will likely have little effect on the trajectory of the virus, which is plunging even as Angelenos continue to gather unmasked at bars and restaurants (and sporting events), just as they’ve been doing all along.

Yet it could backfire if another serious variant ever sparks another surge. The next phase of the US COVID response will be about switching between safety measures and normalcy as necessary. To convince people to put masks back on, you first need to show that you know when to take them off.