KYIV, Ukraine – When Lyudmyla Denisova became Ukraine’s human rights commissioner four years ago, a job that she thought would round out a career in public service, it rekindled a youthful ambition. “I really wanted to become a prosecutor,” she said.

With no idea of ​​the horrors to come, she could hardly have imagined how well life had prepared her to meet this moment, with a lawyer’s mind, a prosecutor’s zeal, a politician’s skill at communicating and organizing, and personal insight into the workings of Russia .

She has been working in overdrive since Russian troops invaded in February, identifying, documenting and bearing witness to human rights violations. In parallel to the police and prosecutors, she interviews prisoners and traces missing persons, while also mobilizing teams countrywide to coordinate assistance to victims of the war.

“I myself was in Bucha and saw everything with my own eyes,” she said of the suburb of Kyiv where she said 360 unlawful killings had already been recorded. “I saw all these graves myself. It’s scary when you find a Size 33 sneaker there ”- a child’s size in Ukraine.

On a conference table she spread the papers of her daily report and read out some of the cases that had come to her office in the last 24 hours. They included separate cases of a 45-year-old man and an 11-year-old girl, both suicidal after being sexually assaulted on the street by Russian soldiers and blaming themselves for what happened, she said.

“Even if a person died in the bombing, this is also a war crime,” she said in one of two recent interviews. “The very fact that the Russian Federation invaded and began bombing is already a war crime of aggression.”

She is also tracing reports of sexual violence and gang rape by Russian soldiers, as well as the fate of 400 Ukrainians, including children, who she says were taken against their will to a camp in Penza in central Russia. And she is pushing to bring charges of genocide against Russia’s leaders.

A lawyer by training, she served as a member of Parliament and a cabinet minister, before taking her current post. But it is not just a professional experience that has prepared her for her wartime role; her personal history gives her a visceral understanding of the repression, exile and annexation at the whim of the Kremlin.

Russian by origin, Ms. Denisova, 61, was born in the Far North of Russia, in the city of Arkhangelsk, close to the Arctic Circle. She said her great-grandparents were shot and her grandparents dispossessed of their homes and land under Stalin in 1929.

She trained originally as a nursery schoolteacher, but then had the chance to study law at Leningrad State University, now St. Petersburg University. She noted that Vladimir V. Putin had studied ahead of her in the same prestigious law faculty, but she spoke dismissively about both his academic achievements and his recruitment by the Soviet spy agency, the KGB

Ms. Denisova speculated, as others have, that Mr. Putin had been admitted to the prestigious law school thanks to connections, which suggests he already had ties to the KGB, where he would be known by the code name “Moth.”

“A person about whom there is nothing to say except as a moth,” she said. “Such a featureless creature.”

She takes it as a point of pride that she was never a member of the Communist Party. “We didn’t have a single communist in the family,” she said.

After graduating, she went to work at the Arkhangelsk regional court, taking on the cases of families who had suffered under Soviet repression and, in the 1980s, were allowed to apply for rehabilitation that would allow them to return from internal exile and regain positions of employment.

In 1989 she was appointed prosecutor but declined the post to move to Crimea in Ukraine after her husband, Oleksandr Denisov, then an investigator for Soviet military prosecutors, was posted there.

When Ukraine gained independence with the breakup of the Soviet Union in 1991, they stayed on and became Ukrainian citizens. The couple have since parted ways but remain good friends, she said, close to their two daughters and four grandchildren.

She then entered public life, heading the regional departments of economy and finance in Crimea at the turn of the millennium, while also working briefly in the private sector.

In 2006 she won an election to the Ukrainian Parliament and later served as Minister of Labor and Social Policy. In 2014, she became a founding member with Arseniy Yatsenyuk, then the prime minister, of a conservative nationalist political party, the People’s Front. She describes herself as a “Ukrainian nationalist of Russian origin.”

In 2018, Ukraine’s Parliament named her to the head of the Commission for Human Rights, established nearly 25 years ago, where she took over a team of human rights lawyers and constitutional specialists. At the onset of the war, her office was already working with the European Parliament and the United Nations, and now it sends a daily report to officials of the International Criminal Court, she said.

The collaboration with the court represents the first serious attempt to prepare a war crimes case against Mr. Putin. “There are two ways,” to do this, she said. “One is through a criminal process to prove the guilt of these military men and condemn them according to our legislation, and the second is to do it according to international law.”

Ms. Denisova has set up a hotline for citizens to report human rights violations but also to field requests for help. Telephone operators, some in the basement of her office in Kyiv, others working remotely around the country, take calls in shifts, working 24/7.

The requests are unceasing. During a brief, recent visit to the basement office in Kyiv, the operators were answering calls back to back. The vast majority, more than 15,000 in the first six weeks of war, were for missing people, but requests also come for humanitarian aid and safe corridors out of besieged cities.

Thousands of other calls have been appeals for psychological help. Those callers are transferred to a team of professional psychologists, led by Ms. Denisova’s daughter, Oleksandra Kvitko, is a trained psychologist who volunteered to set up the service.

The information from callers is fed into a database that Ms. Denisova shares with government officials and prosecutors. As such, it has become an invalid first warning system for the gross human rights abuses occurring in the cities under assault, and in the towns and villages occupied by Russian troops.

The psychologists taking calls were already approaching burnout, she said, adding that she was looking for funding to expand the team. “We all dealt with a military man who wanted to commit suicide after he saw what happened in Bucha and felt guilty,” she recounted. “And how many are there who did not call and did not ask for help?”

Ms. Denisova has become one of the leading voices of Ukraine’s suffering and outrage, appearing frequently in news coverage and producing a copious stream of social media posts.

She said she was in no doubt there were sufficient grounds to bring charges against Russian leaders not only of crimes against humanity, but also of genocide.

Two things have convinced her of that: the extent and circumstances of sexual violence, which she says has been used as a weapon against Ukrainian women, and has even been described that way by the perpetrators themselves; and the forcible removal of children from Ukrainian territory to Russia.

“We are now arguing for this to be recognized as a crime of genocide,” she said. “This is when the people of one nation are slaughtered, destroyed. Or used with this intention, including sexual violence. ”

She detailed cases of gang rapes and repeated assaults on imprisoned women that had left them both wounded and pregnant. One woman who tried to stop Russian soldiers from assaulting her younger sister said they told her, “Look, it will be like this with every Nazi whore.” Russia has claimed that it is waging its military offensive in Ukraine to cleanse it of Nazis.

“They rape them until they can’t give birth, or give birth to their children,” Ms. Denisova said. “This suggests that they want to destroy the Ukrainian nation. And when they kill children, it also means that they do not want our nation to be in this world. ” 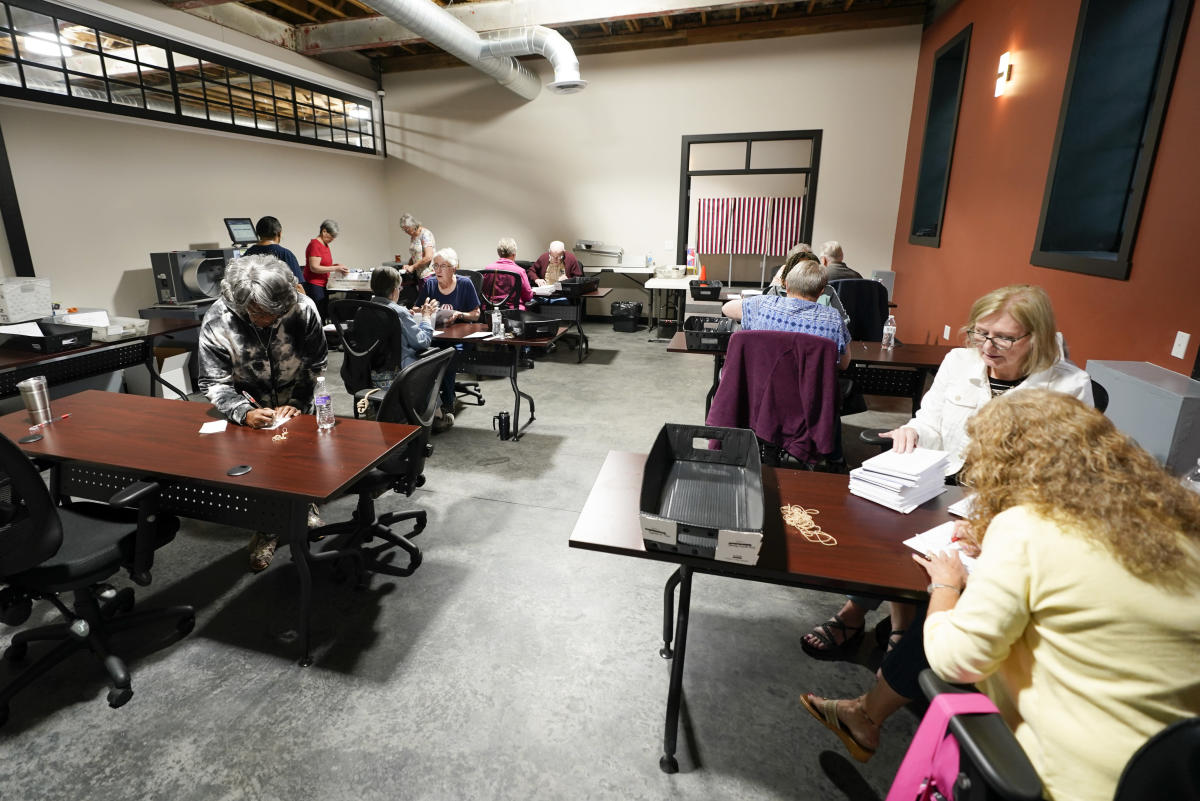