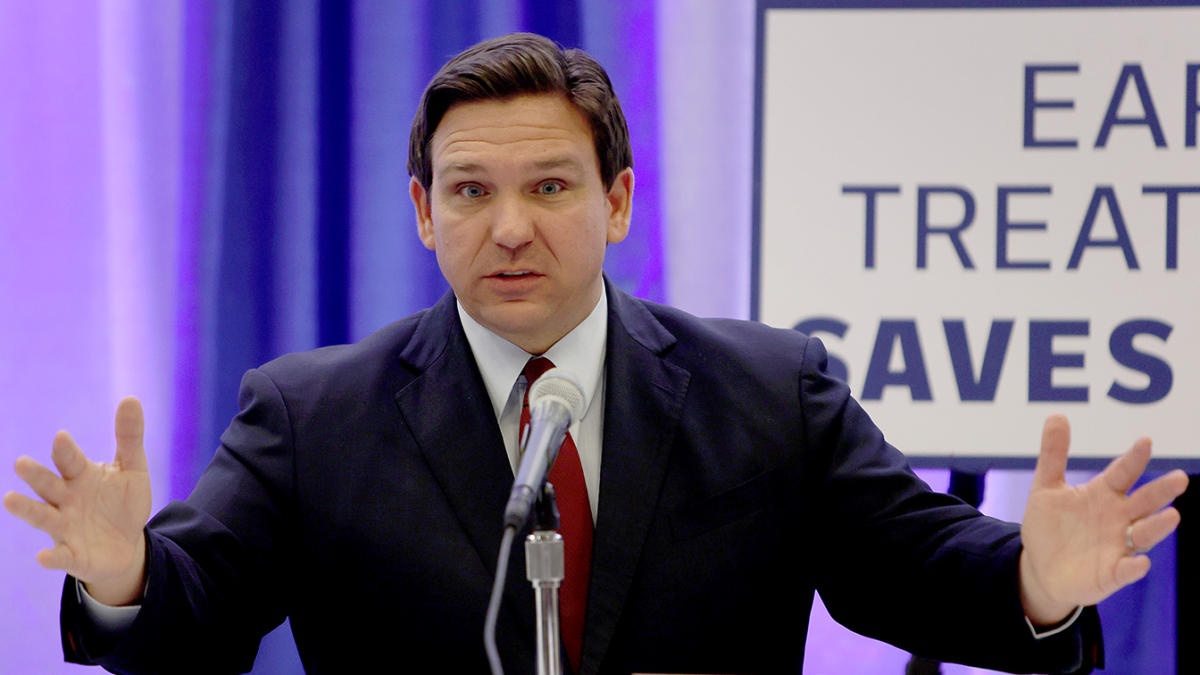 The Omicron wave appears to have been crested in Florida, but you wouldn’t know it from the acrimonious battles Florida politicians have been fighting over the pandemic. Gov. Ron DeSantis this week lashed out at Washington, and Democratic lawmakers protested the confirmation of Florida Surgeon General Joseph Ladapo, who has expressed skepticism over vaccines and masks.

Few states have received as much scrutiny throughout the pandemic as Florida, where DeSantis has rejected many of the safety measures recommended by health officials while also downplaying the efficacy of vaccines. That has made him a favorite of conservatives while leading some to the question of whether he is doing enough to keep Floridians safe.

The moment is politically perilous for DeSantis, who is expected to seek the Republican nomination for the presidency in 2024. He also faces reelection in November, and although he is expected to win easily, his opponents have not been shy about voicing their frustrations, in particular about how he has handled the Omicron surge.

“He just doesn’t care about us,” went the headline of a Miami Herald editorial published on Wednesday afternoon, after another day in which Florida seeded to serve as an all-too-perfect microcosm of how relentlessly politicized the pandemic has become.

DeSantis has spent the week charging the Biden administration withholding monoclonal antibody treatments developed by Regeneron, despite the fact that those treatments do not work against the Omicron variant of the coronavirus. That variant accounts for virtually all cases in Florida and across the United States.

Doctors affiliated with the Committee to Protect Health Care held a virtual press conference on Wednesday to denounce the governor’s singular focus on Regeneron. They noted that other, more effective treatments are available and that vaccines – whose efficacy and importance DeSantis has downplayed – are remarkably effective at preventing COVID-19 illness in the first place.

“DeSantis lacks intellectual flexibility,” said Dr. Frederick Southwick, an infectious disease specialist at the University of Florida. “He is trying to score political points at the expense of patient care.”

The Biden administration has already sent Florida 34,000 doses of other treatments this week, but DeSantis continued to press his case for Regeneron on Wednesday, casting into doubt genomic surveillance data from the Centers for Disease Control and Prevention showing that Omicron accounts for 99.9 percent of all cases in Florida and neighboring states, as well as in the rest of the country.

“Delta is not 100 percent gone,” he argued, while also calling into question published studies that show Regeneron doing little to treat illness caused by the Omicron variant. The ineffectiveness of Regeneron’s monoclonal antibodies led the Food and Drug Administration to revise its authorization for how the treatment (and a similar one developed by Eli Lilly) is used to treat COVID-19 patients.

The revision forced Florida to close the Regeneron centers DeSantis had opened with much fanfare in the fall, when the treatment did in fact prove effective against the Delta variant that dominated infections at the time. Instead of seeking other treatments, DeSantis has continued to lash out at the Biden administration.

“Man, to leave people hanging the way they have is really, really problematic,” they said on Wednesday of the FDA’s decision to suspend authorization for Regeneron.

To focus on Regeneron to the exclusion of other preventive and therapeutic measures amounts to “extreme incompetence” on the part of DeSantis, said Dr. Bernard Ashby, one of the speakers at the Committee to Protect Health Care virtual event.

“Floridians are paying the price,” they said. The White House, meanwhile, charged that DeSantis was acting “in bad faith,” implying that political considerations were at work.

DeSantis was celebrated in 2020 for opening schools when many other governors feared or failed to do so. Apparently emboldened by the accolades he received for that decision, he has become progressively more skeptical of any restrictions, going so far to recently criticize then-President Donald Trump for agreeing to lockdowns in the spring of 2020.

His views have found traction in a Republican Party whose resistance to vaccine mandates and other safety measures like masking has fused into core conservative ideology, so much so that Trump’s admission that he received a booster caused dismay among some of his supporters. DeSantis, notably, has refused to disclose whether he has been boosted or not.

Among the governor’s most consequential moves was nominating Ladapo, who has expressed skepticism over vaccines and masks, as the state’s surgeon general. Florida’s surgeon general for the first stage of the pandemic, Scott Rivkees, was sidelined in April 2020 after endorsing some pandemic restrictions. He was hardly heard from thereafter.

Ladapo, on the other hand, has been outspoken in his views, which closely align with those of DeSantis. Those views were on full display on Wednesday, at Ladapo’s confirmation hearing, with the Harvard-trained physician showing persistent reluctance to acknowledge that the coronavirus vaccines work. They did eventually concede their effectiveness, but his reluctance to give clear answers led several Democrats to walk out of the hearing in protest.