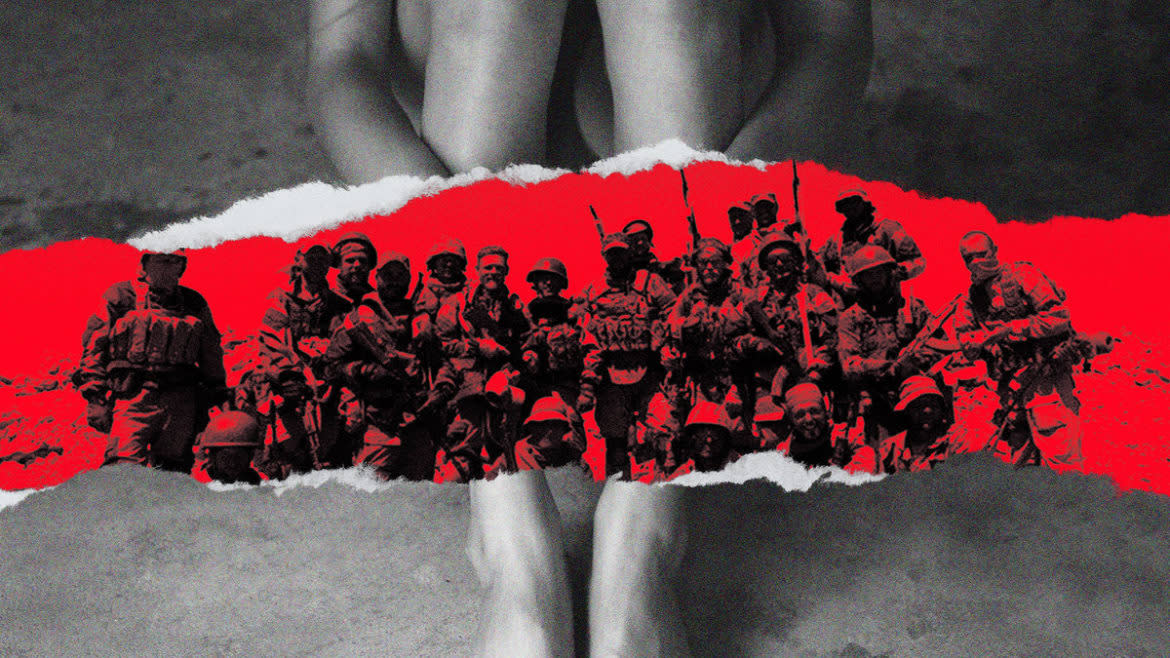 ABUJA, Nigeria — Russian mercenaries from the notoriously brutal Wagner Group, which some have called Vladimir Putin’s “private army,” allegedly raped women admitted to a maternity ward in a hospital in the Central African Republic (CAR), according to military officials who spoke to The Daily Beast.

On the night of April 10, three Russian mercenaries from the Wagner Group, which is also active in Ukraine right now, allegedly staged the attacks at a hospital in the Henri Izamo military camp in the capital Bangui.

Officials who are stationed in CAR’s military headquarters but keep an eye on the activities of so-called Russian “military instructors,” told The Daily Beast that the men forced themselves on women — a couple of whom had just given birth — who were receiving treatment in the infirmary’s maternity ward.

“[The military headquarters] received a report last month from the [hospital] center detailing how three Russian instructors stormed the maternity ward and began to sexually assault women on admission, ”one of the officials told The Daily Beast on the condition of anonymity, as he wasn’t authorized to speak to the press.

Many of the mercenaries operating in Africa under Wagner — a private military company run by Yevgeny Prigozhin, one of President Putin’s closest associates — were withdrawn to help fight the war in Ukraine — as first reported by The Daily Beast — but there are still plenty in operation on the continent.

Notorious Russian Mercenaries Pulled Out of Africa Ready for Ukraine

“Among the victims, the military was informed, are two mothers who had just given birth to babies and health workers on duty,” said the official, who added that the military “is convinced that the report is genuine.”

Another official in CAR’s military headquarters with knowledge of the operations of Wagner mercenaries in the restive African nation told The Daily Beast that it was the third time the military had received a report about Russian mercenaries invading the maternity ward of the infirmary and sexually assaulting women.

On all three occasions, according to the official, investigators found the allegations to be “genuine,” but taking action against the mercenaries was almost impossible as the officers are “scared of angering the Russians.”

A human rights campaigner who has spoken to a victim of a previous rape at the Henri Izamo military camp informed The Daily Beast that the Russian mercenaries who assaulted her when she was receiving treatment at the infirmary sometime last year arrived late at night, dragged her out of her bed, and began to rape her on the floor.

“She was so sick and was sleeping when the Russians arrived,” said Cédric Niamathé, a Bangui-based human rights activist who helps connect victims of various abuses to human rights lawyers. “All she could remember was opening her eyes and seeing a naked white soldier, who had covered her mouth with his hand, on top of her, raping her.”

A couple of regional publications — quoting eyewitnesses — have given accounts of how the most recent incident occurred.

HumAnglea West and Central Africa focused news site headquartered in Nigeria, quoted a gendarme who was on duty on that day as saying that the Russians arrived at the infirmary’s maternity ward “with pistols and whiskey in their hands” and met the two women who had just given birth, as well as some other female health workers, in the room.

“They started indecently touching the women and signaling for sex from the two women who had just put them to bed,” said the gendarme. He also alleged that the Russians tried to rape the nurse on duty who had confronted them saying the women had just given birth and still had blood on them. “She struggled to free herself [and] ran to the labor room, ”they reportedly said.

“As this was going on,” said the gendarme, a “nurse aide who happened to be an adjudant-chef (Chief Warrant Officer) and who was still in the maternity tried to beg the Russians to be human but they turned on her and sexually abused her one after the other. ”

Corbeau News Centrafrique, one of CAR’s well-known independent news outlets, which spoke to an eyewitness, reported that the sexual assault on the nurse aide lasted for hours, with each mercenary allegedly taking turns to abuse her. The news outlet also reported that one of the women who had just given birth said her ordeal was painful and humiliating.

Victims of rape hardly ever get justice in CAR. Over four years ago, Human Rights Watch documented 305 cases of rape and sexual slavery carried out against women and girls by members of armed groups between early 2013 and mid-2017. Of the 296 victims interviewed, only 11 of the 296 women interviewed said they made an attempt to file a criminal complaint. No members of armed groups were ever arrested or tried for committing sexual violence, according to the organization. Instead, the number of victims continued to grow.

In 2020, the Gender-Based Violence Information Management System — a monitoring system maintained by humanitarian partners including UNFPA — recorded 2,281 cases of sexual violence. More than a third of those brutalities were committed by members of armed groups.

As for those women reported to have been raped at the Henri Izamo military camp by Wagner mercenaries, there would be no surprise if justice isn’t served. Even those with the power to either take action or recommend that action be taken are unconvinced that anyone will be punished.

“Disciplining a Russian instructor who has committed a crime is not what the military can confidently act on,” a senior CAR military official told The Daily Beast privately. “Only the president can decide on how to deal with the Russians.”

Israel’s Political Crisis Is Resolved, but Governing Remains a Strain