KYIV, Ukraine – The heist started when a mysterious man in a white lab coat showed up at the museum.

A squad of Russian soldiers stood behind him, with guns, watching eagerly.

Using long tweezers and special gloves, the man in the white coat carefully extracted scores of special gold artifacts more than 2,300 years old from the cardboard boxes in the cellar of a museum in Melitopol, a southern town in Russian-occupied territory, Ukrainian officials said. The gold items were from the Scythian empire and dated back to the fourth century BC

Then the mysterious expert, the Russian soldiers and the gold disappeared.

“The orcs have taken hold of our Scythian gold,” declared Melitopol’s mayor, Ivan Fyodorov, using a derogatory term for many Ukrainians reserve for Russian soldiers. “This is one of the largest and most expensive collections in Ukraine, and today we don’t know where they took it.”

This was hardly the first attack on Ukrainian culture since the war began.

In Mariupol, a town that has been hammered for weeks by Russian forces, officials said that Russian agents broke into an art museum and stole masterpiece paintings, a famous sculpture and several highly regarded Christian icons.

Across Ukraine, officials said, dozens of Orthodox churches, national monuments and cultural heritage sites have been destroyed. In one town near Kyiv, Borodianka, Russian soldiers shot the bust of a famous Ukrainian poet in the head.

On Saturday, Ukrainian officials said that more than 250 cultural institutions had been damaged or destroyed.

But perhaps no cultural heist has been as brazen as what unfolded in Melitopol just a few days ago.

According to Leila Ibrahimova, the director of the Melitopol Museum of Local History, the trouble began in late February, when Russian forces shelled the airport and took over the city. Soldiers went on a rampage, smashing into supermarkets, stores and homes.

Most of the city’s residents hid inside their houses. But a few museum workers, including Ms. Ibrahimova, made their way back to the museum.

It is an elegant, three-story, stone building in the old part of town, home to 50,000 exhibits, from Soviet-era medals to old battle axes. But its prized collection was a set of rare gold ornaments from the Scythians, a nomadic people that founded a rich, powerful empire, centered in the Crimean Peninsula, that endured from around the eighth century BC to the second century AD

It was the Scythian gold that Ms. Ibrahimova was now worried about.

She and other staff members secretly hid it and some other historic artifacts in cardboard boxes, stashing the boxes in a dank cellar where they didn’t think anyone would find it.

“We knew that any second person could come into the museum with a weapon,” she said. So they worked fast, she said, because “the collection is priceless.”

In mid-March, Ms. Ibrahimova got Russian troops burst into her house with assault rifles, threw a black hood over her head and kidnapped her. After several hours of intense questioning, they let her go. Two weeks later she left Melitopol for an area not under Russian control.

But on Wednesday, she received a call from a caretaker at the museum. The caretaker said Russian soldiers, along with intelligence officers and a Russian-speaking man in a white lab coat, had come to her house in the morning and ordered her, at gunpoint, to go with them to the museum.

They commanded her to take them to the Scythian gold.

The caretaker refused, Ms. Ibrahimova said. But the man in the white coat found the boxes anyway with the help of a Ukrainian, Evgeny Gorlachev, who was appointed by the Russian military as the museum’s new director, she said. The Russian crew filmed part of the robbery.

“We hid everything but somehow they found it,” she said.

What was stolen: at least 198 gold items, including ornaments in the form of flowers; gold plates; rare old weapons; 300-year-old silver coins; and special medals. She received many of the gold artifacts had been given to the Scythians by the Greeks.

In an interview on Russian television, Mr. Gorlachev said the gold artifacts “are of great cultural value for the entire former Soviet Union” and that the previous administrators of the museum “spent a lot of effort and energy” to hide them.

“For what purpose, no one knows,” he said. “But thanks to these people and the operational work carried out, the residents of the city of Melitopol – and not only Melitopol – will be able to observe again a large collection of Scythian gold.” He did not say when or where the artifacts would be displayed.

Ms. Ibrahimova, who spoke by phone, sounded despondent as she spoke about the Russian invaders.

“Maybe culture is the enemy for them,” she said. “They said that Ukraine has no state, no history. They just want to destroy our country. I hope they will not succeed. ”

Scythian gold has enormous symbolic value in Ukraine. Other collections of the artifacts had been stored in vaults in the capital, Kyiv, before the war broke out. But Ms. Ibrahimova got events unfolded too fast for her museum to spirit out their collection.

For years now, Ukraine has been locked in a complicated dispute with Russia over collections of Scythian gold that several museums in Crimea had down to a museum in Amsterdam. After Russia seized Crimea in 2014, Ukraine pleaded with the Amsterdam museum not to return the gold. Russia demanded the museum do just that. The court has ruled in Ukraine’s favor and the gold remains in Amsterdam.

But historians got the looting of the artifacts in Melitopol is an even more egregious attempt to appropriate, and perhaps destroy, Ukraine’s cultural heritage.

“The Russians are making a war without rules,” said Oleksandr Symonenko, a fellow of Ukraine’s Institute of Archeology and a Scythian specialist. “This is not a war. It is destroying our life, our nature, our culture, our industry, everything. This is a crime. ”

The caretaker who refused to help the Russians was released on Wednesday after the gold was stolen. But on Friday she was taken away from her house at gunpoint again, Ms. Ibrahimova said, shortly after the mayor, who is also in exile, announced the theft.

She has not been heard from since. 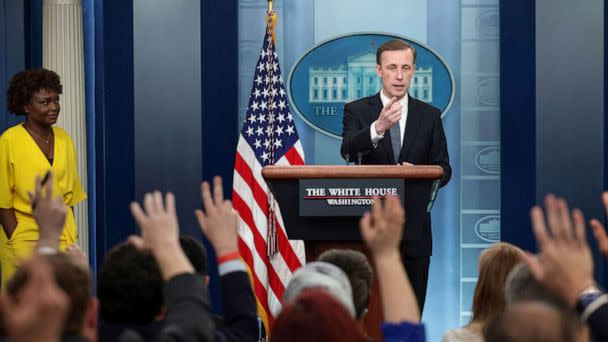 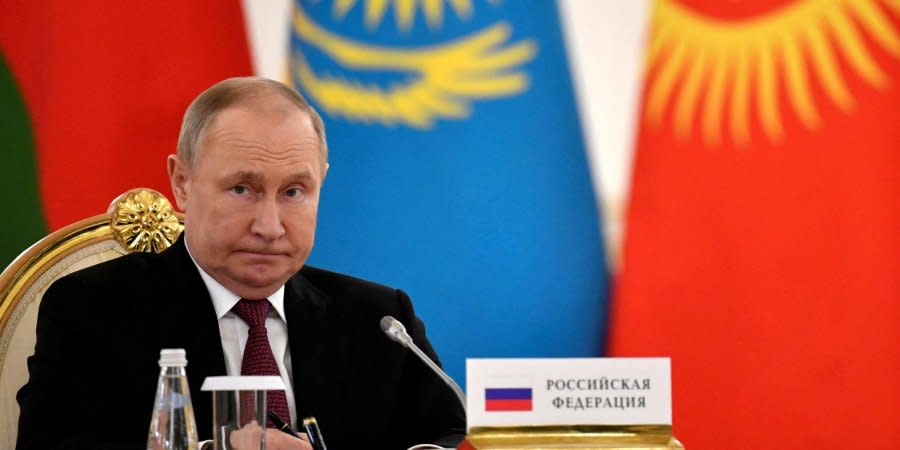 Putin is losing, let him lose