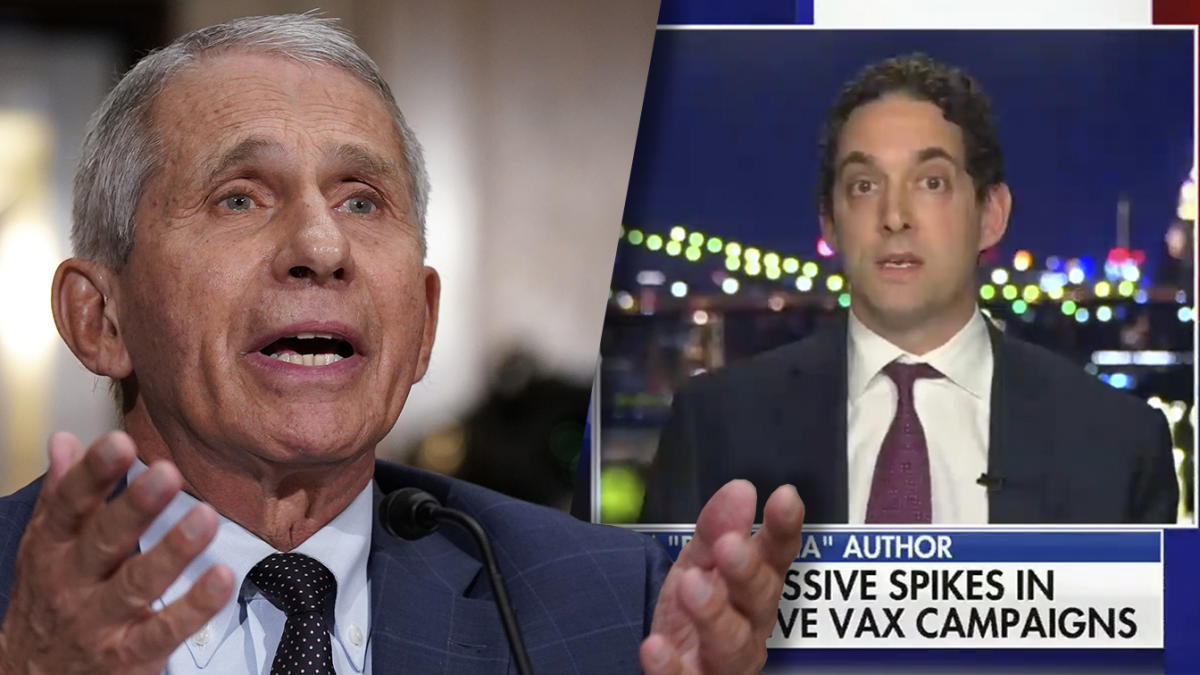 WASHINGTON – The top public health authorities in the Biden administration denounced misinformation about the coronavirus vaccines following an anti-vaccine rally in Washington, DC, over the weekend and a falsehood-laden segment on Fox News on Tuesday night that has been widely shared on social media.

“You can’t walk away from the facts. And the facts are stunningly obvious, ”Dr. Anthony Fauci said at a White House pandemic response team briefing in answer to a question about the Fox News segment, which had aired during Tucker Carlson’s nightly program the evening before and which the Washington Post promptly labeled as the anchor’s “most dishonest and dangerous pandemic segment yet. ”

Carlson is the most-watched news anchor in the nation, and he has used his program to discredit vaccines, masks and other measures related to the pandemic. That message appears to resonate with the conservatives who constitute his audience; Americans with right-leaning political views are less likely to take the pandemic seriously than are liberals. They are also less likely to be vaccinated.

On Tuesday evening, Carlson’s guest was Alex Berenson, a former New York Times journalist who has become a crusader against vaccination. Berenson has been banned from Twitter for spreading untruths and has been branded “The Pandemic’s Wrongest Man” by the Atlantic magazine. Fox News, though, remains a safe space for his opinions, despite the fact that the network has a vaccine mandate in place for its employees.

During his appearance, Berenson challenged the efficacy and safety of mRNA vaccines, so called because they use a “messenger” molecule. The vaccines manufactured by Pfizer and Moderna both use mRNA biotechnology; They constitute the majority of doses administered in the United States, followed by the single-dose Johnson & Johnson vaccine, which confers immunity through a different method.

Other than being linked to a rare heart condition that afflicts younger men, the mRNA vaccines have been shown to be safe. But the novelty of those vaccines, along with partisan divisions around the pandemic and the rise of social media, has made it easy for Berenson and others to find a receptive audience for false vaccination claims.

Speaking to Carlson, Berenson denounced the mRNA vaccines as a “dangerous and ineffective product,” arguing that they “don’t really work at all against Omicron.”

Breakthrough infections against the Omicron variant have led to new questions about the efficacy of vaccines against the new strains of the coronavirus. But now those infections have come with either relatively mild symptoms or no symptoms at all if a person is vaccinated – and especially if they have had a booster shot.

In short, vaccines protect their recipients from the most serious COVID-19 symptoms, saving many lives in the process.

During the Fox News segment, Berenson added that the mRNA vaccines “need to be withdrawn from the market now. No one should get them. No one should get boosted. ” Yahoo News reached out to Berenson, asking him to explain how he had arrived at those dramatic conclusions, which are not supported by most public health officials.

It appeared that Fox News executives may have been skittish about Berenson’s appearance too. The following morning’s “Fox & Friends” saw an appearance by Dr. Marc Siegel, a frequent guest on the network’s programs. “Actually, the vaccines do work,” Siegel said. He also countered Berenson’s argument that high infection rates in Israel and other high-vaccination countries were evidence of the vaccines’ ineffectiveness.

Public health officials have little recourse but to play whack-a-mole with the misinformation that routinely sweeps across the internet. Earlier this month, an improperly edited clip appeared to have Dr. Rochelle Walensky, director of the Centers for Disease Control and Prevention, admitting that now people who died from COVID-19 had other serious conditions. She was, in fact, making an entirely different point, one about the efficacy of the vaccines, but by the time the correction was made by ABC, conservative social media sites had spent days touting the original clip as evidence that the coronavirus is not deadly unless one is already seriously ill with a chronic affliction like diabetes.

As it stands, the unvaccinated are bearing the brunt of the Omicron surge, making the anti-vaccine messages they continue to absorb especially harmful.

Still, millions had viewed Berenson’s appearance by Wednesday morning. It follows a Sunday rally in Washington, DC, where vaccine skeptic and conspiracy theorist Robert F. Kennedy Jr. compared the plight of the unvaccinated to that of Jews hounded by the Nazis during World War II. Kennedy’s book attacking Fauci and the biomedical establishment is among the top sellers on Amazon, suggesting just how deep the antipathy to vaccines has become.