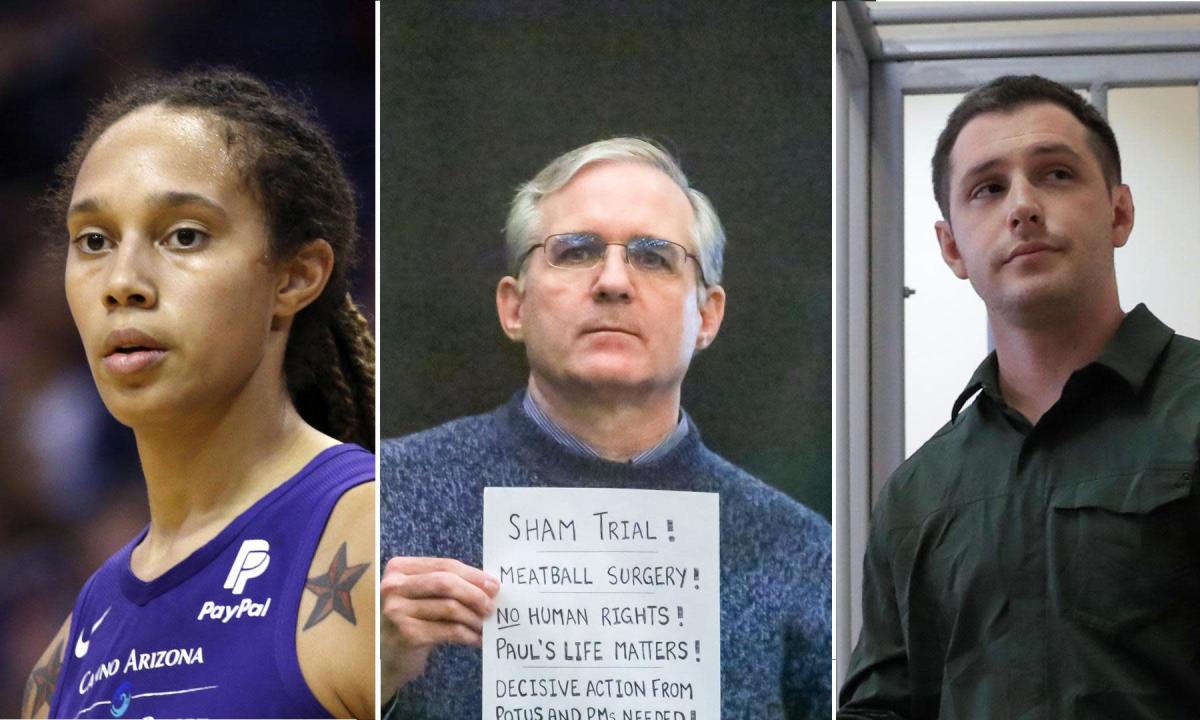 The release of Trevor Reed, an American prisoner held by Russia, in exchange for a convicted Russian drug smuggler, has shown that Washington and Moscow are still able to negotiate on some issues even after Vladimir Putin’s invasion of Ukraine.

The exchange on the tarmac of a Turkish airport on Monday morning, has also focused attention on the plight of two other Americans left behind in Russian jails, held on flimsy or spurious grounds – now likely as bargaining counters.

One is Paul Whelan, a former marine who was arrested in 2018 at a Moscow hotel where he had gone to attend a friend’s wedding. He was convicted of espionage and sentenced to 16 years hard labor.

The other is Brittney Griner, a basketball star who was detained at a Moscow airport on February 17, a week before the Ukraine invasion, and accused of having cannabis oil in her possession. A court has ordered her held until 19 May, pending investigation.

For both, the news of Reed’s release brought mixed emotions: it showed that such deals are possible, but also the regret that they were excluded on this occasion.

“As I do everything in my power to get BG home, my heart is overflowing with joy for the Reed family,” Griner’s wife, Cherelle, wrote on Instagram. “I do not personally know them, but I do know the pain of having your loved one detained in a foreign country. That level of pain is constant and can only be remedied by a safe return home. For the Reed family, that day is today. ”

In a call from a penal colony, Whelan telephoned his parents and asked, “Why was I left behind?

“While I am pleased Trevor is home with his family, I have been held on a fictitious charge of espionage for 40 months,” he said, according to his twin brother, David. “The world knows this charge was fabricated. Why hasn’t more been done to secure my release. ”

Reflecting on the double-edged lessons from Reed’s release, David Whelan said: “It’s a“ fog of war ”experience. You don’t really have any idea what’s possible, and then with Trevor’s release, you start to get a little bit of clarity that the US government is willing to take certain actions and how they might go about those actions.

“The other benefit is that the fact that the exchange happened means that the US and Russian relationship, as damaged as it is, still has enough diplomatic life that they are able to spend a couple of months working out an arrangement like this,” Whelan added.

The potential downside for the Whelan and Griner families is that, by exchanging Konstantin Yaroshenko, a Russian pilot serving a 20-year sentence in federal prison for conspiracy to bring drugs into the US, Washington has traded someone designated as a bargaining counter by Moscow. US press reports of the months of negotiations leading up to the Reed release said that the Russians had insisted on Yaroshenko.

Joe Biden said after the exchange that “negotiations that allowed us to bring Trevor home required difficult decisions that I don’t take lightly”.

According to David Whelan, the Russian officers who oversaw his brother’s detention made clear from early on that they hoped to swap him for Yaroshenko or Viktor Bout. Bout is a notorious Russian arms dealer, nicknamed the “merchant of death” who was arrested in Thailand in 2008, extradited to the US, and sentenced in 2012 to 25 years for conspiracy to kill US citizens, delivery of anti-aircraft missiles, and providing assistance to a terrorist organization.

A source involved in hostage negotiations said that the Reed-Yaroshenko exchange opened the way for a possible swap of Bout for Whelan.

“There is often a staggered process in these types of cases that is designed to build confidence,” the source said. “You get him out, they do the trade, everybody inside that it worked, you wait to see what the blowback is, and then you’ve already cut the deal for when the second trade will happen.”

David Whelan, however, made it clear that his family is not pushing for any such deal.

“My personal man-on-the-street perspective is that it would be crazy for the U.S. government to exchange the“ merchant of death ”for Paul, who is, at best, a hapless tourist,” he said.

The evidence used against Paul Whelan was a computer flash drive, which the prosecution said contained state secrets, and which he said was used to frame him. He was given the drive by an acquaintance and had assumed it contained just wedding photos.

Whelan has now been held for 40 months, the last 20 of which have been in a labor camp in Mordovia, about 300 miles east of Moscow. For the whole of that time, his brother said, he has been roused from sleep every two hours at night and photographed, on the grounds he is a flight risk.

The decisive factor in the decision to prioritize Reed and exchange him for Yaroshenko was his failing health. He had been in the same cell as a prisoner with tuberculosis and had been coughing up blood. His family also conducted a high-profile pressure campaign, pressing the White House to give his parents a public meeting with Biden.

The stock advice given to families of kidnap victims used to keep silent during negotiations, but now the hostage-taker is more likely to be a state than a rogue group, the landscape has changed.

If the key to resolving your hostage crisis is to influence a government, then going public may be the best strategy

“Going public is an excellent way to influence states and a really poor way to influence terrorist groups or non-state actors,” said Joel Simon, former head of the Committee to Protect Journalists and author of the 2019 book We Want to Negotiate: The Secret World of Kidnapping, Hostages and Ransom.

“So if the key to resolving your hostage crisis is to influence a government, then going public may be the best strategy.”

While a few years ago, families would largely find themselves leading a public campaign more or less alone, there is now an expanding group of former hostages willing to help. On Trevor Reed’s release, his family immediately declared they were transferring their efforts to Whelan and Griner.

“That wasn’t the case six or seven years ago,” said Jason Rezaian, a Washington Post journalist who has held on trumped-up charges for 544 days by the Iranian authorities.

“There’s a lot more of a community which is the lone silver lining in this whole thing. Because without that community, I don’t think we’re going to solve this problem. ”

As Eyes Are on Eurovision, Europe Has Another Song Contest

For Putin, the Nordic Nightmare Is Springing to Life 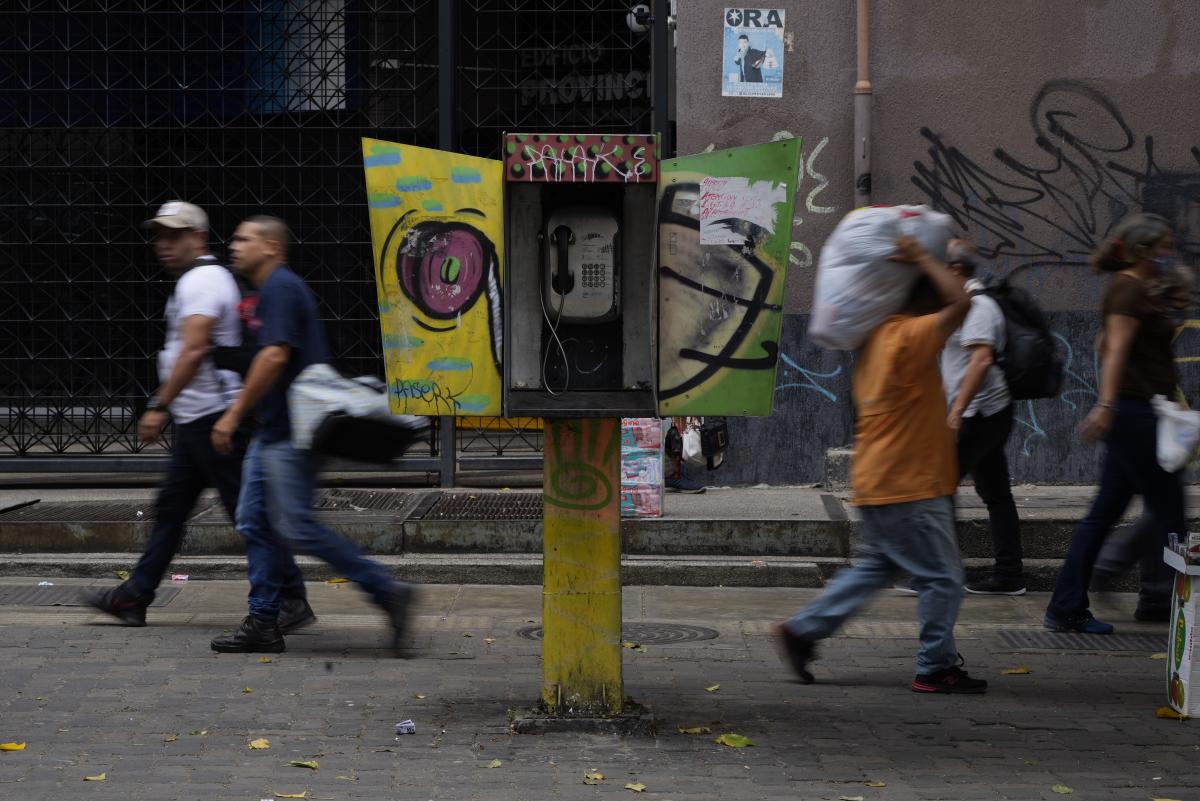