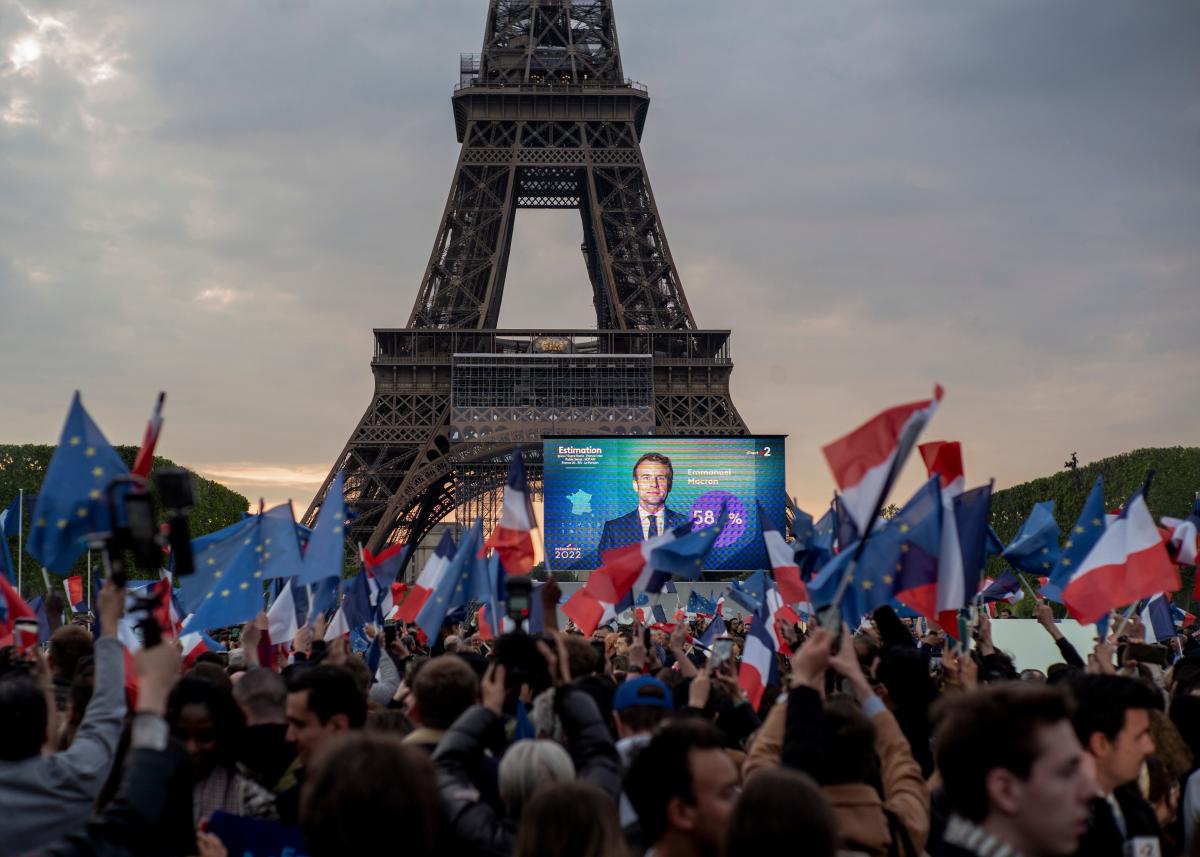 “I know that many citizens voted for me not in support of my ideas, but to keep out those of the far right.”

– Emmanuel Macron, in his victory speech, after being re-elected as President of France.

For the sake of freedom, America’s political parties should draw lessons from the recent presidential election in France.

In terms of voters’ passion, the recent French election was almost a replay of America’s 2020 presidential election. Also, Marine Le Pen, the far-right presidential candidate whom Macron defeated sounded as dangerous over Russia’s invasion of Ukraine as has been a Republican far-right fanatics in the mid-term electioneering season that is currently underway in America.

I suppose when it comes to treachery, the political far-right, regardless of the country it inhabits, would rather sell their country to a foreign communist fascist than try to find middle ground with their compatriots from across the aisle. They hate liberal philosophies, but love communism.

That, unfortunately, has become the identifying behavior of the extremist brand of political conservatism in Europe and America. But thanks to the vigilance of the citizens of those democracies, the future of freedom and democracy is safe.

Why that passion? The answer is in the above-mentioned sentence that Macron uttered during his victory speech on April 24: Many voters came out to stop Trump from winning the White House for another four years.

Opinion: With Macron’s win in France, we see why Trump and friends continue to spew election lies

Those who wanted Trump to get reelected came out in high numbers too. That explains Le Pen’s rise in the vote share from five years ago, when Macron beat her by getting 66% of the votes cast. On April 24, his margin fell to 59%.

Of course, the regular economic and sociopolitical issues in French politics were also at play. But Le Pen’s pro-Russia stance, before and during the election campaign, helped Macron overcome his shortcomings that during the past five years became quite obvious to the people of France.

At the time of the 2017 election, Macron’s political party, La République En Marche, had been in existence for just one year. He founded it. It’s a liberal-centrist party. The people of France showed their excitement about it by making Macron their president and giving the party a parliamentary majority.

But Macron failed to live up to the hype they had generated. His charisma started to fade away. Then, about two years ago, he became so politically desperate that he started to play Le Pen-style hate-filled game.

He started to play the Islam card, the last resort of the morally bankrupt, leadership-deficit among the Western politicians. He introduced anti-freedom legislations aimed at Islam and Muslims and whipped up anti-Muslim frenzy. He thought what helped Trump in America in 2016 will help him in France in 2022.

France has the largest Muslim population in Europe. Many French Muslim voters voted for, neither Macron, nor Le Pen, but Jean-Luc Melenchon of a leftist party. His vote share in the April 17 poll was 1.5% less than Le Pen’s. He, thus, almost beat Le Pen to go onto the runoff election, in which only the top two candidates from the first round compete.

Melenchon is now leading efforts to unite the disparate leftist political entities under his leadership. His goal is to beat Macron’s party in the parliamentary elections that will take place in June. Those entities have already agreed to a deal under which they will field joint candidates against those from Macron’s and le Pen’s parties.

The idea might work very well. If it does, Melenchon will become prime minister and Macron will have to share power with him, a concept that under the French political system is referred to as “cohabitation.” Nonetheless, the system still gives the president exclusive powers over defense and foreign policy. However, no president can dare go against what transpires on the parliament’s floor.

Melenchon’s campaign posters for the parliamentary election simply say, “Prime Minister Melenchon.” French voters fully understand what that entails. That may very well be how the electorate keeps a check on Macron whom it just elected president, albeit, reluctantly, something to which Macron himself alluded.

During the past two years, Macron and Le Pen did try to meet halfway in their ugly politics of hatred and xenophobia. While Macron was busy bashing Islam and Muslims, Le Pen dropped her party’s pro-Nazi and Holocaust-denying outlook and even renamed her party to the National Rally.

Le Pen moderated her views and her party’s image. Her party was once called the National Front and was once headed by her father, Jean-Marie Le Pen who was the party’s presidential candidate in 2002. In the first round, she was beaten by the conservative leader, Jacques Chirac, but Chirac only obtained 20 % of the vote. However, in the runoff, his victory came with a resounding 82% of the vote.

The French people may dislike conservatism, but they hate xenophobia. After all, their country suffered under Hitler’s occupation.

Le Pen’s pro-Russia outlook – her party has taken loans from Vladimir Putin’s banks – and her anti-Ukraine comments were Macron’s biggest asset. He realized his anti-Muslim rhetoric was not getting him anywhere.

And then Russia attacked Ukraine. So, he switched to focusing on Le Pen’s Russian link, a strategy that worked. But he is also smart enough not to attribute his victory to his leadership, but to Le Pen’s lack of it. There is no bigger proof of the lack of leadership of a politician in a free country than their glorification of a foreign communist.

A lesson for Republicans: You can praise Putin, all you want. It will only distance you from your voters. American soldiers gave the ultimate sacrifice in Europe, while helping defend it. It is shameful for you to support someone who is threatening Europe again.

And for Democrats: Learn from Macron. If you don’t have the wisdom to focus on your opponents’ pro-Putin inclinations, you don’t deserve to keep your majority in Congress.

Siddique Malik is an observer of sociopolitical affairs. Find him @The SummerOf1787.