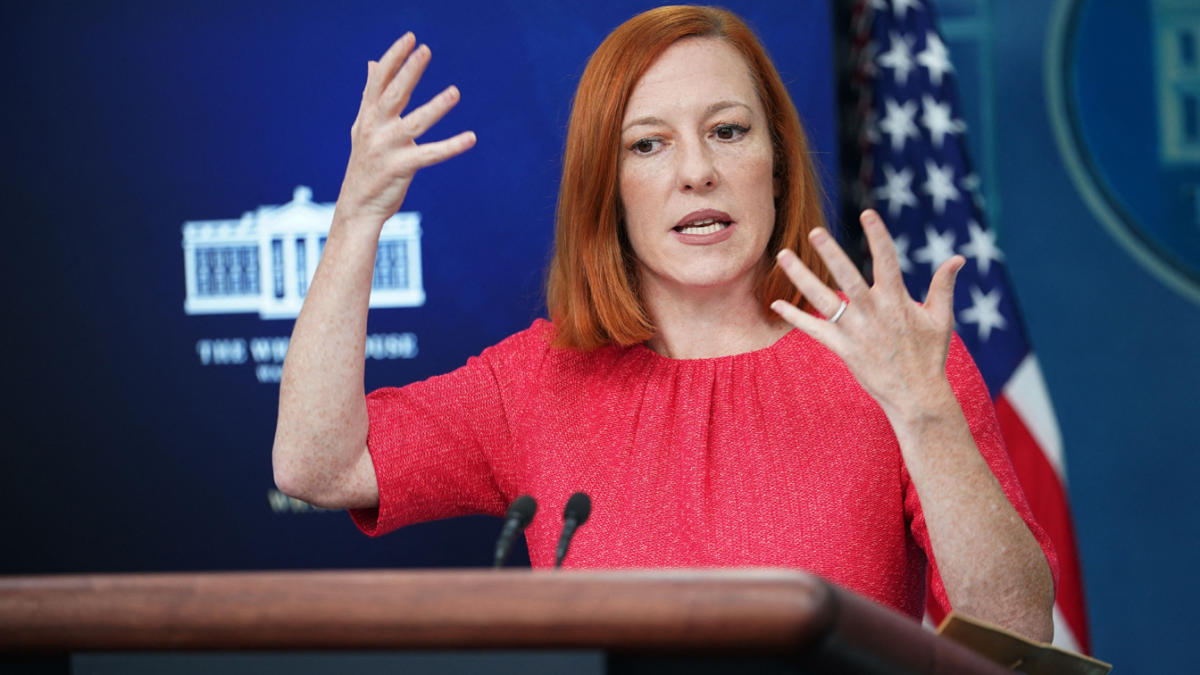 WASHINGTON – For months, the White House has argued that with coronavirus vaccines, high-quality face masks and COVID-19 treatments available nationwide, it is time to move beyond two years of pandemic emergency living. In March, it published a 97-page “preparedness plan” that said it would “help move America forward safely.”

But all it took was positive test results for several high-profile Biden administration officials this week for the White House to be yanked seemingly back into 2020, frustrating the West Wing, which inside as misguided the focus on a handful of largely asymptomatic cases among members of the political elite.

This week’s headlines have centered on infections contracted after the annual Gridiron Club dinner and after a party for an outgoing National Security Council official. None of the new cases appear to have been serious, but given the prominence of some of the figures involved – Commerce Secretary Gina Raimondo, Rep. Joaquin Castro, of D-Texas, and a spokesperson for Vice President Kamala Harris, among others – and their proximity to the president, they proved all but impossible to ignore.

“Elite DC appears to be getting pummeled with Covid,” ran a Politico headline earlier this week, after Attorney General Merrick Garland revealed that he had tested positive too.

The Biden administration wants journalists and lawmakers to focus on the impending shortfalls of pandemic-related funding, not on what appears to be mild or asymptomatic infections among the Washington elite. The delay in funding could keep the federal government from buying treatments and vaccines, jeopardizing efforts to save the lives of vulnerable people at home and abroad who do not have ready access to effective treatment as White House officials do.

As the coronavirus edged perilously close to the president himself this week, the White House insisted that the alarm headlines about a Beltway COVID surge were unjustified and perhaps even counterproductive, at least as far as the administration’s own aims are concerned.

“The COVID issue now concerns the American people is the lack of funding from Congress to fight the virus and protect people. For months, we’ve been warning about our dire needs, ”White House press secretary Kevin Munoz wrote to Yahoo News in an email. “Our focus will remain on communicating that urgency to the public and protecting people. Moving forward, we hope there can be a lot more interest in this issue that directly impacts the health of the American people. ”

Annoyance at what the administration inside as misplaced concern crested during Thursday’s press briefing at the White House, as Biden’s press secretary Jen Psaki faced questions from reporters that could have come from a diligent contact-tracing corps.

Psaki insisted that reasonable precautions were already being followed and that further steps at the White House were unnecessary. “While COVID-19 will continue to be with us and we will see cases rise and fall, as we are seeing them rise now – to be expected, given the transmissibility of BA.2 – we can now, we now have steps to go back to many of our normal routines, ”Psaki, visibly exasperated, told reporters.

She held up a printed copy of the pandemic preparedness plan, which she said was “meant to protect against and treat COVID, prepare for new variants, prevent shutdowns, vaccinate the world,” in order to return life more or less to normal, with schools open, restaurants crowded and offices no longer utterly deserted.

“We have copies, for anyone who would like a copy,” Psaki said acidly.

BA.2 is a more transmissible variant of Omicron, itself a highly transmissible strain of the coronavirus. Psaki recently tested positive for the coronavirus a second time, preventing her from accompanying President Biden on a trip to meet European leaders. So did Psaki’s top deputy, Karine Jean-Pierre, and second gentleman Doug Emhoff. But whereas these cases may have been a cause for alarm two years ago, the exceptionally high vaccination rates in the White House allowed normal operations to continue, possibly with a few more face masks in evidence around 1600 Pennsylvania Avenue.

In essence, the White House has tried to model return-to-normal behavior for vaccinated and boosted Americans. At the same time, it has sought to shore up defenses for the millions who remain unvaccinated, or are vaccinated but have vulnerabilities that could make them susceptible to the virus.

Congress is finally cementing a $ 10 billion pandemic package to allow the federal government to buy more vaccines and therapeutics, but it is a fraction of what the White House originally asked for.

“With the BA.2 variant rising, states are seeing cuts to their monoclonal supplies and the uninsured fund stopped accepting claims for vaccines, tests and treatments, due to a lack of congressional funding,” Munoz told Yahoo News. More public attention to the Republican opposition, aides to Biden believe, could have prevented the aid from being cut from the $ 30 billion that was originally on the table.

Cuts were particularly severe to programs intended to vaccinate people in foreign countries.

Many of the questions directed at Psaki on Thursday were about what one reporter described as “the very close call” that Biden experienced on Wednesday when he signed a bill concerning Postal Service reform with House Speaker Nancy Pelosi standing at her right shoulder.

On Thursday morning, Pelosi announced that she had tested positive. The White House quickly announced that Biden had tested negative on Wednesday evening, after the bill signing. (Like many others, Pelosi appears to have contracted the coronavirus at Saturday’s dinner at the Gridiron Club, which Biden did not attend.)

Psaki was peppered with questions about why Biden was not considered a close contact of Pelosi’s; why the White House wasn’t bringing back masking; and why Harris hadn’t worn a mask as she presided over the vote on Judge Ketanji Brown Jackson’s Supreme Court confirmation.

“It’s pretty clear that vaccines and boosters aren’t going to prevent you from getting COVID, but we know from the science that masking does,” one reporter said to Psaki. In fact, vaccines and boosters are exceptionally effective at preventing severe and critical disease. High-quality masks such as the N95s also work well, but they have to be worn properly and consistently.

The questions kept coming. “How can you guys say that President Biden was not a close contact with Speaker Pelosi when there is a video of the speaker kissing him?”

Would the ceremony that the White House planned to hold for Jackson on Friday turn into “a superspreader event”?

Well, Psaki assured the audience, since it would be held outdoors.

Then, to her apparent annoyance, it was back to another series of questions on Wednesday’s bill signing. Only a single question was asked about the pandemic funding package.

A White House press office count found that there had been 10 questions about the coronavirus funding package since the beginning of April, while on Thursday alone, 21 questions were asked about the pandemic protocols surrounding the president. To the White House, this focus appears deeply misguided.

White House gripes with White House coverage are, of course, nothing new. Charges of insularity have hounded the Washington press corps since the pen-and-pad days of yore. The president’s health has always been a fair game for journalists, as was the case during the Trump administration, both before the coronavirus pandemic and during it, when the president caught COVID-19 and his top aides lied about the severity of his illness. His mask-wearing and social-distancing habits were routinely reported on, including by this outlet.

Earlier this year, during the Omicron wave, the White House Correspondents’ Association reduced capacity in the Briefing Room, recalling the early days of the pandemic in 2020.

Earlier this week, Steven Portnoy, a CBS News Radio correspondent and current president of the association, sent White House reporters an email advising them to stay away from the Briefing Room “if you have even as much as a sniffle,” regardless of whether they had had a negative coronavirus body. “Coughing in the briefing room creeps everybody out. (It has to be said), ”he wrote. The questions the White House has faced in recent days reflect in many ways the broader confusion in the American public about the present stage of the pandemic. Yes, 270 million people are fully vaccinated. But only 45% of the fully vaccinated are also boosted. Yes, a new variant is here. But if it isn’t more virulent, do we need to worry about another surge?

How much does previous infection help? How much do masks help if they aren’t tightly fitted KN-95s? Does social distancing still work? Are we still washing hands?

“We expected there to be ups and downs and increases,” Psaki said.

Biden received his second booster shot last week, in accordance with the new Food and Drug Administration guidelines for older Americans, which should offer him strong protection against the BA.2 variant in the next several weeks.

“Unless we seal ourselves off from the world, an exposure to the coronavirus is inevitable,” Washington, DC, physician Dr. Lucy McBride told Yahoo News in a text message. “We cannot prevent exposure; we can only delay it. ”

McBride said the concerns of the White House press corps mirror those of her own patients. An advocate of safely reopening society, McBride told Yahoo News that “social distancing and masks might help delay an exposure. But the solution for people particularly at risk for serious outcomes from COVID * isn’t * masking and distancing and quarantining in perpetuity (unless they want to!); it’s getting vaccinated and boosted if eligible and needed. ”