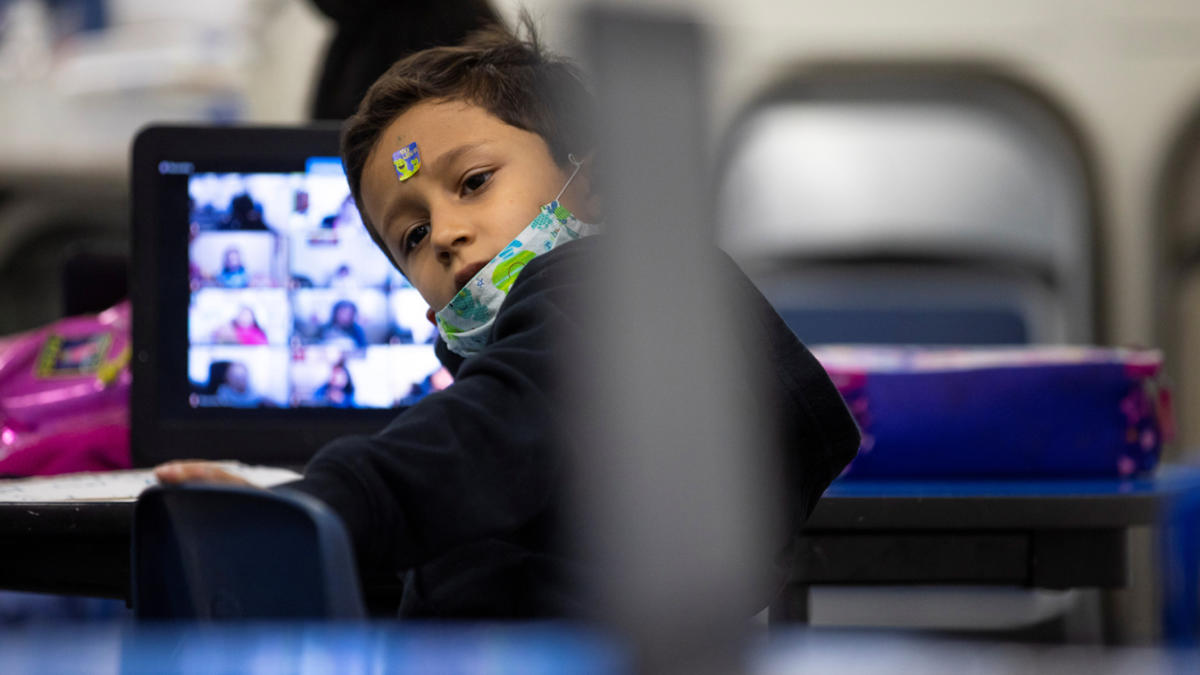 The reluctance from Los Angeles Unified School District to relax its universal indoor masking measures even as Omicron numbers plummet leaves it out of step not only with New York City but with the rest of the country as well – including the state of California and even Los Angeles County itself, which includes a number of other cities and towns in the area.

As such, it suggests that one of the biggest challenges now facing the country’s bluest corners will be figuring out how to differentiate between COVID science and COVID red tape. It’s a skill that will become increasingly necessary as the US continues to shift away from crisis mode and toward a kind of wary truce with the virus, which may require safety measures that can be quickly toggled on and off in response to changing conditions.

The degree to which LAUSD stands alone on masks is striking. Last week, officials in Sacramento announced that California itself would stop requiring masks in schools starting March 12; a few days later, LA County officials did the same.

The state and local shift reflects a sweeping nationwide trend. According to data firm Burbio, the share of the 500 largest U.S. school districts where masks remain mandatory plunged from more than 60 percent to less than 40 percent over the last month.

In addition, most of the districts that still require masks in school today – in states such as Oregon, Washington and Vermont – have already been announced, like California, that they will make them optional in mid-March. And no less of an authority than the Centers for Disease Control and Prevention just stopped recommending universal school masking in communities where COVID-19 transmission and hospitalizations qualify as “low” – such as in Los Angeles.

Yet while the leaders of other LA-area school districts (Beverly Hills, Pasadena, Glendale, Burbank) have embraced the updated guidance, new LAUSD Superintendent Alberto M. Carvalho has not.

“We are committed to upholding our science-driven approach to COVID-19 protocols and will continue to consult with our medical director and health partners as we work to establish an updated mask policy,” Carvalho said in a statement released Feb. 28. “We respect the voices of all stakeholders, and as such, we will remain engaged with our lab partners, employees and families as we maintain and seek practices that are protective, responsive and in the best interest of our school communities.”

“The science that informed the on-ramp to the protective protocols currently in place, which have ensured the wellbeing of our students and workforce, must, too, inform the off-ramp as health conditions improve,” he added a few days later.

“Following the science” sounds like a prudent course of action, but the reasons LA schools continue to mask up are more complicated than that.

Over the last two months, the average daily COVID-19 cases in LA County have fallen to just 14 per 100,000 residents – on par with the level before the Delta variant struck last summer – and they’re continuing to decline at a rate of 58 percent every two weeks. Hospitalizations are falling just as fast. Less than 1.2 percent of tests are coming back positive. In schools, the positivity rate is even lower: 0.27 percent.

School masking is an emotional subject. Critics claim (although many experts disagree) that masks make it harder for children to learn and socialize; supporters argue that they protect the surrounding community. On balance, the science suggests that universal indoor masking with high-quality masks helps to limit spread during a surge – but it also shows that COVID is much less risky for kids (especially kids under 10) than for adults.

Given that almost no thinks students should be forced to cover their faces forever, the question then becomes when, not if, they should have the option of removing their masks inside – especially in the light of studies that show, as the CDC’s Greta Massetti put it last month that people who still choose to “wear high-quality masks [such as N95s, KN95s and KF94s] are well protected even if others around you are not masking. ” The end of universal masking doesn’t have to mean the end of personal masking.

Recognizing that Omicron numbers are continuing to plummet ahead of a likely springtime lull, many experts and officials who urged stronger security measures when the virus was rampant are now urging the opposite: a break from restrictions in the name of preserving public trust – and cooperation – should COVID-19 surge again.

And they say LAUSD may be better positioned than nearly any other school district in the nation to do just that.

It’s the only major US school system, for instance, to routinely test every single student and staffer on campus every single week – meaning that even when transmission was astronomically higher during the Delta and Omicron surges, officials were able to catch and quarantine new COVID cases before they sparked outbreaks and closures.

LAUSD was also one of the first districts in the nation to mandate vaccination for all teachers, staff and students ages 12 and up. As of late January, 100 percent of staff and 90 percent of older students had gotten at least two shots, according to LAUSD medical director Dr. Smita Malhotra – dramatically decreasing odds of school transmission leading to severe illness.

LAUSD has even installed MERV-13 air filters across 80 million square feet of school buildings, improving filtration and ventilation in its classrooms.

The problem in Los Angeles, then, isn’t the science; LAUSD schools are now safer than now other schools nationwide. Instead, the problem is red tape and institutional conflict.

According to reports in the Los Angeles Times and elsewhere, LAUSD’s existing agreement with the local teachers’ union says masks will be required through the end of the school year unless both parties renegotiate that timetable – and the union, at least, seems to think it’s “Premature” to even “discuss” such matters.

“LAUSD schools have been the safest and now well-equipped in the country because educators and families are united to demand critical health and safety protocols,” United Teachers Los Angeles President Cecily Myart-Cruz said in a statement last week.

“These protocols, like indoor masking, have protected tens of thousands of educators and more than half a million students, along with their families. It is premature to discuss removing these health and safety measures while there are still many unvaccinated youth in our early education programs and schools. ”

Myart-Cruz isn’t wrong that many younger LAUSD students remain unvaccinated; just 35 percent of LA County children ages 5 to 11 have received at least one dose, according to the latest data. What’s less obvious is how much difference elementary-level vaccination rates actually make in terms of transmission or risk – either for already low-risk kids or universally vaccinated teachers and staff – at a moment when COVID cases in the community are flatlining, or whether childhood vaccination rates will rise substantially anytime soon.

Facing a similar standoff, Chicago Mayor Lori Lightfoot announced Monday that masks would become optional in schools there starting March 14, unilaterally breaking her earlier agreement with the local teachers’ union to require them for the rest of the school year. The union filed an unfair labor-practice charge with the state labor board in response.

“Chicago has a below 1 percent positivity rate,” Lightfoot argued in a letter to the union president. “In addition, across Illinois, cases and hospitalizations continue a steady decline, even with the lifting of the [state] mask mandate. “

In contrast, neither the LA mayor nor the LA County Board of Supervisors has authority over city schools – so any change in LAUSD mask policy will have to happen at the bargaining table.

For his part, LAUSD school board vice president Nick Melvoin has said the district should align with state and county guidance, writing on Twitter that he’s “hopeful that we can work with all stakeholders to make indoor masking optional in schools after 3/12 – & that we can announce updated policies for both indoor masking and COVID testing before then.”

But given union resistance – as well as the new superintendent’s apparent reluctance to disrupt the status quo – Melvoin’s vision seems unlikely. Instead, LAUSD students may have to remain masked for the rest of the school year while their peers in nearly every other district nationwide have the option of experiencing a maskless spring.

In 2020 and 2021, similar bureaucratic dynamics kept LAUSD classrooms closed for in-person instruction longer than almost anywhere else in the US But then the district corrected course, adjusting its safety measures to keep kids in class by keeping COVID-19 out.

After two long years in crisis mode, the next phase of the pandemic will require leaders and institutions to be just as nimble about switching between safety measures and normalcy as necessary, lest they exhaust public patience and lose public trust.

Ultimately, a few more months of mandated masking inside schools will likely have little effect on the overall trajectory of the virus, which is plunging even as an adult Angelenos continue to gather unmasked at bars and restaurants (and sporting events), just as they’ve been doing all along.

But continuing to mandate masks for kids – and not adults – when cases are low could make it a lot harder to convince people to “follow the science” if another serious variant sparks another surge. 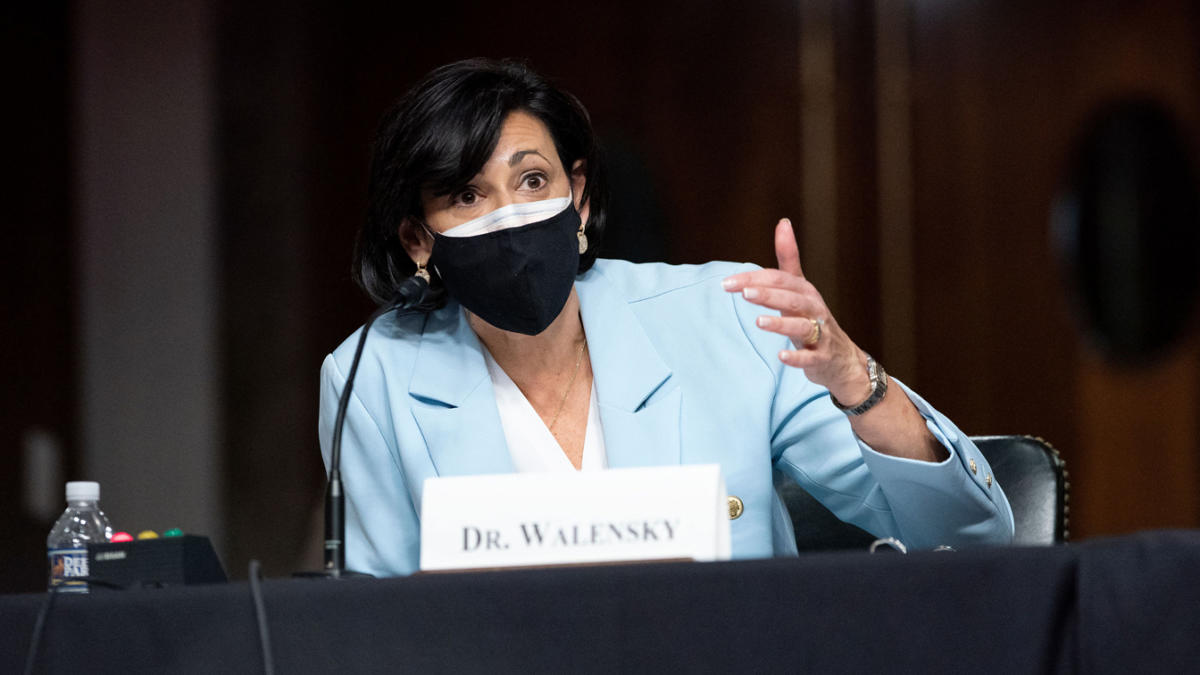